A special stamp celebrates 125 years of public transport in Bratislava

The first electric wagon left the depot in late August, 1895. 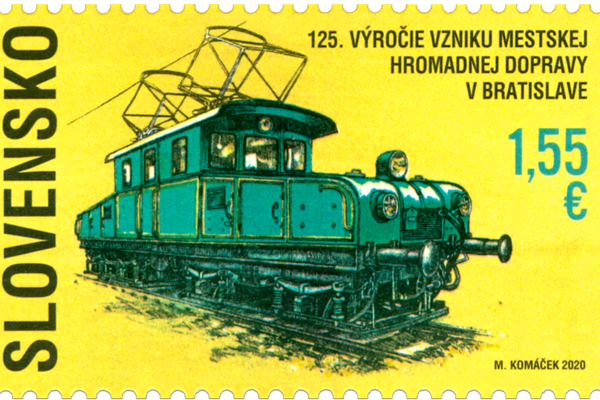 A special stamp was printed to mark the 125th anniversary of public transport in Bratislava. (Source: Courtesy of Slovenská Pošta)
Font size:A-|A+32

Bratislava’s public transport celebrates its 125th anniversary this year. To remember this event, the main postal services administrator in Slovakia, Slovenská Pošta, issued a special stamp on July 31. Its nominal value is €1.55.

Together with a stamp, an envelope with an FDC stamp and a domicile of the city of Bratislava will be issued. The motif of the FDC stamp is an allegory to the traffic situation in the city around 1914. 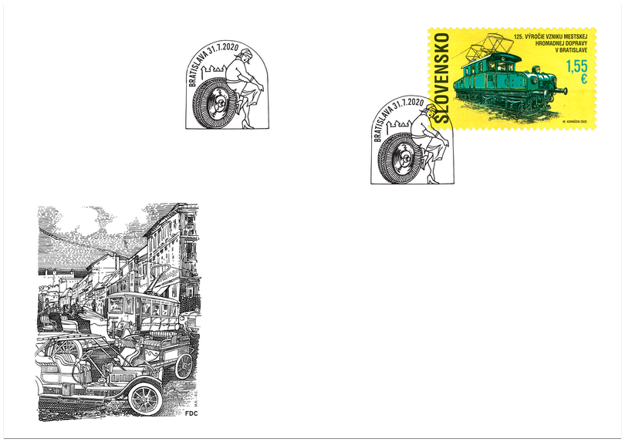 The very first electric motor wagon left the depot on today’s Pribinova Street on August 27, 1895. The service was not public, and the representatives of the city and other companies travelled from Štúrova Street through SNP Square, Hurbanovo Square and Hodžovo Square to the stop on Štefánikova Street.

On the way back, the “tram” drove through Jesenského Street and Hviezdoslavovo Square to then Vitézova Street, where the SNP Bridge currently stands.

The public was allowed to use the “tram” on the same day, with more than 2,000 people opting to try the ride, Matej Benčík of the Dopravná Nostalgia civic association wrote.

The “tram” appeared in front of today’s Main Station later that year, in October 1895.

At the time, the Bratislava city electric railway had only 30 employees.

The Bratislava public transport was specific for its “Viena tram”, a legendary project of an intercity tram that reminded of a railway, Benčík noted. It connected Vienna and Bratislava, and was a part of the existing city electric railway.