Slovakia is ready to send help to Lebanon

No Slovak citizens among the August 4 blast confirmed so far. 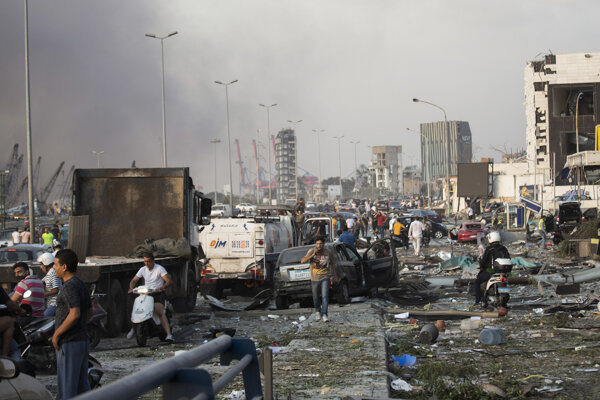 Slovakia is ready to help Lebanon’s capital Beirut, which was hit by a massive explosion on August 4.

The ministry planned to publish the offer, together with the proposal of providing material assistance, in the Common Emergency Communication and Information System (CECIS), a web-based alert and notification application enabling real time exchange of information.

“After it is accepted, we will dispatch the material assistance or the rescue team to Lebanon,” the ministry said.

No Slovaks among victims so far

Meanwhile, the Foreign Affairs Ministry reported that there are no Slovak citizens among the victims or the injured.

“We’re still in touch with local authorities, though,” said Juraj Tomaga, head of the ministry’s press department, as quoted by the TASR newswire.

The blast damaged a building where Slovakia rents spaces for its representative office.

“There are material damages, but we can’t evaluate their extent as the building is inaccessible due to security reasons and potentially disrupted stability,” Tomaga added, as quoted by TASR.

He also informed the Lebanese authorities about Slovakia’s readiness to provide necessary assistance.

Thank you for singing up. Shortly an email will be sent to the address you provided to verify your e-mail.
Error! Please try to register again later, your e-mail was not registered.
Your email is not in a correct format.
Please confirm you are not a robot.
Share on Facebook (729)Comments disabled