UPDATED: Southern Slovakia will be hit by stifling heatwave

The hydrometeorologists issued also warnings against storms for Monday, August 10. 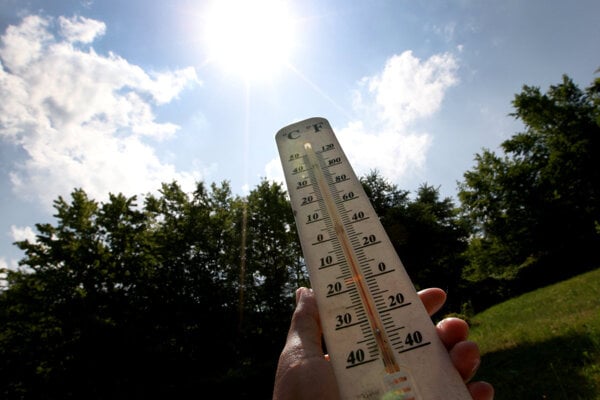 Several regions in Slovakia are grappling with heatwaves. The Slovak Hydrometeorological Institute (SHMÚ) has issued a first-level warning against high temperatures for August 10. 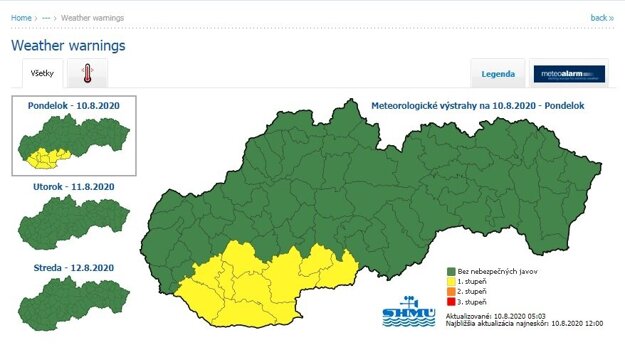 At the same time, SHMÚ issued a first-level warning against storms for all of central Slovakia and selected districts of western Slovakia. It will be in place on August 10, from 13:00 to 20:00, with expected precipitation of 20-40 millimetres and expected wind speed of 18-23 metres per second. 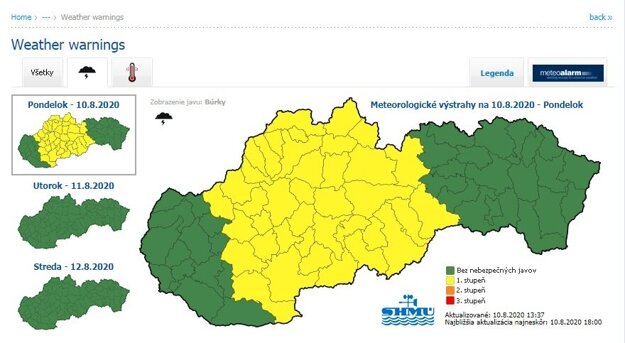