Exits from Bratislava’s Prístavný Bridge will be closed

Traffic restrictions are expected to end in March 2021. 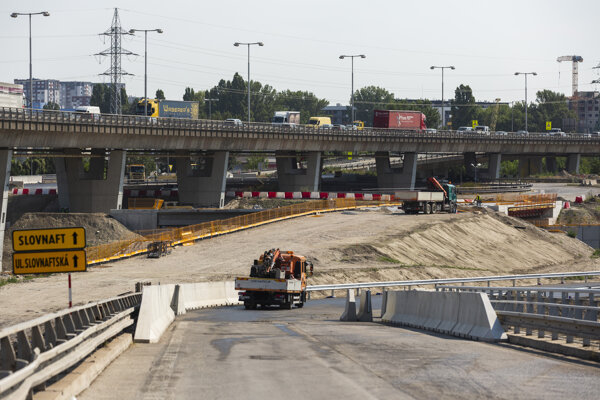 Bratislava drivers will have to prepare for another change in traffic.

The exits from Bratislava’s Prístavný Bridge to Bajkalská and Slovnaftská Streets in the direction from Petržalka borough will be closed the night of Friday, August 14.

The close was originally planned for August 8, but had to be postponed after a serious accident.

The closure is part of the construction work related to building the Bratislava ring road consisting of the D4 and R7 roads and the reconstruction of the junction, the TASR newswire reported.

The road diversion for passenger and public transport will lead through Apollo Bridge or Gagarinova Street, the Sme daily reported. The change will also affect ublic transport lines number 96, 196 and 98 in the direction from Petržalka, which will be rerouted to Apollo Bridge, Košická Street and Prievozská Street, and will also serve the Miletičova stop. The direction to Petržalka should not undergo any changes.