Swedish and Danish kings contributed to its construction. 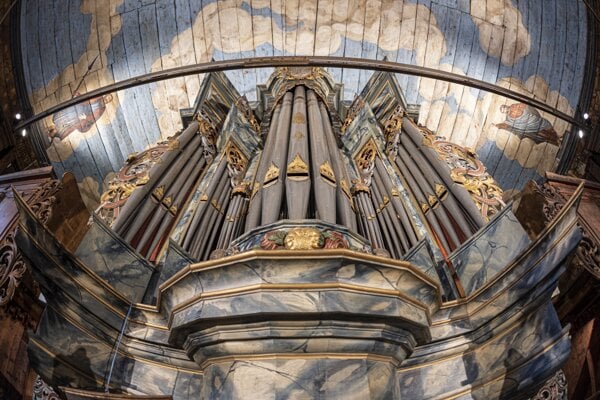 The wooden articular church in Kežmarok which is also listed by UNESCO is among the oldest and most precious monuments of the town. A trip to Kežmarok, and this fascinating church can be easily planned with our Tatra travel guide.

The jewel of the church is the 300-year-old organ that is one of the biggest Baroque organs in Slovakia and retains its original flutes.

The church is also interesting because of its film history. Slovak director Juraj Jakubisko chose it as a location for his film Perinbaba, a typical Slovak Christmas fairy-tale. The second part of the fairy-tale, not available to the public yet, was also filmed here.

The church originated during times of religious oppression for protestants, around the year 1681.

Decrees stated the conditions governing how protestants could build a church at that time. Costs had to be paid by the church and they could not use stone as a material.

This is why protestant churches at this time were built from wood, without nails and without foundations and the intent was that they would have a short lifetime.

The original face of the Kežmarok wooden articular church dating from 1717 is unknown but protestants from northern Europe contributed to its construction. The Swedish king Carl III and the Danish king Christian V made a collection for this purpose in their realms.

“Probably, the reconstruction of the smaller articular church gave rise to today's great and monumental facade,” said priest Roman Porubän, as quoted by the TASR newswire. 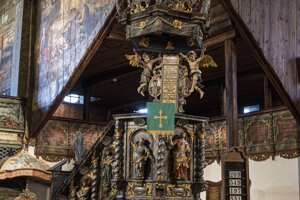 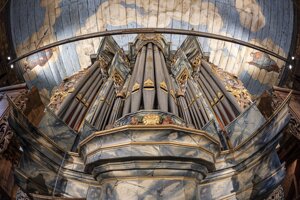 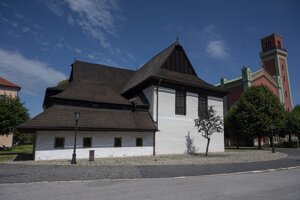 From outside, the church looks inconspicuous but its interior hides a big space. There is seating capacity for 1,500 people and the monument has 22,000 visitors every year.

The builder was Juraj Muttermann from Poprad. Legend said that sailors sent by the Swedish king came to help. The church has circular windows like boat and the number one on the pews is always in the shape of an anchor.

Visitors will spot the folk Baroque decorations of the church right away. Porubän said it is unusual to see Baroque designs in an evangelical church.

The reason may be that the people who lived in Kežmarok at that time were better off and attempted to make the church prettier inside. A woodcarver from Kežmarok, Ján Lerch, gave the church its special look.

The lack of foundations and the later construction of a tower caused some disruption. Believers, worried the church would fall, decided to build a new one in the 19th century. This is why two evangelical churches stand next to each other in Kežmarok.