Curia resembles houses from Ireland or UK. Volunteers want to save it

There used to be seven such manor houses in the village. 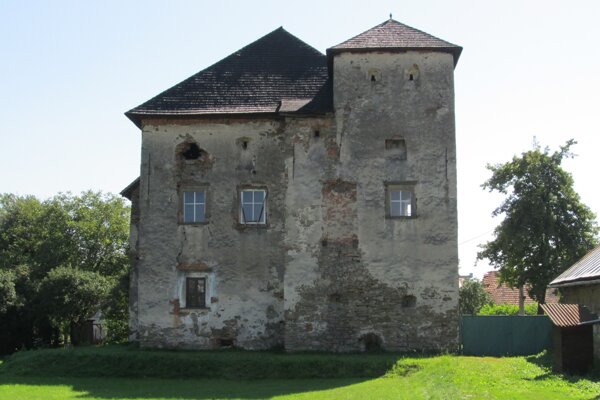 Volunteers want to reconstruct a 16th century noble curia in the village of Pečovská Nová Ves in eastern Slovakia, possible to discover with our travel guide.

It was built by Péchy House, which was active in the village until the 20th century.

Slavomír Karabinoš, head of the civic association Renaissance Manor House, said it is a significant construction not located in the same form anywhere in Europe, resembling historic buildings from Ireland or the UK.

“Because I have lived in Pečovská Nová Ves for 30 years already, I often walk around this precious monument,” said Karabinoš, as quoted by the TASR newswire.

Oldest in the village

Karabinoš noted that he has been interested in the history since he was a child and knew the significance of the construction, so he felt sorry about its dilapidated state. He addressed to owners with the idea of establishing a civic association to save and promote it.

The manor house, preserved in its original shape, is special because of its construction, as there is not one similar in Europe, he said. One could be found only in Hungary, but it is a ruin.

“Tourists from the Netherlands and Norway, for example, came to admire the curia, also the oldest construction in the village,” Karabinoš explained, as quoted by TASR.

In cooperation with preservationists they would like to focus on the reconstruction of the manor house to preserve it for future generations. They also follow grant schemes and address sponsors and local businessmen.

Currently, the family of the owners is taking care of the compound, so all necessary works are provided, Karabinoš noted.

There are five manor houses preserved in the village, as a memorial to the noble house that used to exist there in the past. There used to be seven of them, but two were damaged in wars.

One serves as the municipal authority; the rest are not used and are in private hands.