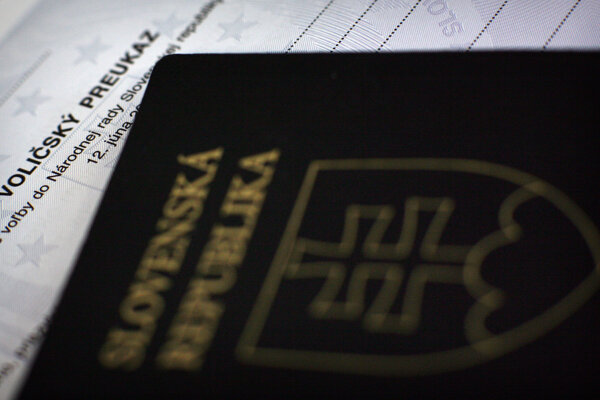 Proposed changes to a controversial law which has seen thousands of Slovaks stripped of their citizenship over the last decade have been dismissed by critics who say they do not go far enough.

After the government came to power following elections at the end of February, it pledged to draw up changes to legislation introduced in 2010 which forced Slovaks – with some exceptions - taking foreign citizenship to give up their Slovak citizenship.

The law proved controversial with some politicians at the time even turning, unsuccessfully, to the Constitutional Court to get it overturned. Meanwhile, more than 3,000 Slovaks have had to give up their citizenship in the last decade.

The Interior Ministry this month finished a draft amendment to the country’s law on citizenship to be put to parliament later this year.

But critics have already rounded on the proposals, claiming they do not go far enough and will not stop some people taking foreign citizenship automatically losing their Slovak citizenship.

In a statement last week, the Matej Bel Institute, an NGO closely cooperating with Most-Híd, said: “The biggest weakness of these proposals is that they do not solve the cardinal philosophical problem created in 2010 - the automatic loss of [Slovak] citizenship when acquiring citizenship of another country.”

The current law was introduced in response to legislation in neighbouring Hungary.

In one of his very first moves after taking office in 2010, Hungarian Prime Minister Viktor Orbán pushed through an amendment to Hungary’s citizenship laws to allow ethnic Hungarians living in other countries, including Slovakia, to acquire Hungarian citizenship relatively easily.