A change in weather. Slovakia will be hit by storms with hail

The hydrometeorological institute issued warnings for the upcoming two days. 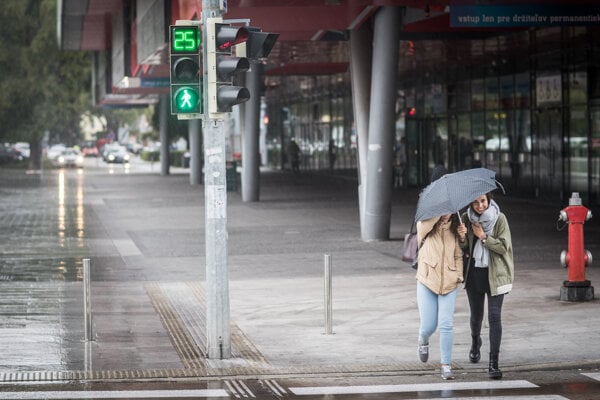 Slovakia should prepare for thunderstorms accompanied by hail and local floods at the beginning of the week.

The Slovak Hydrometeorological Institute (SHMÚ) has issued warnings for both August 17 (Monday) and August 18 (Tuesday). A second-level warning against storms will be in place for nearly all of western and central Slovakia until Tuesday midnight, with expected precipitation of 30-60 millimetres and an expected wind speed of 18-25 metres per second.

A first-level warning was issued for nearly all of eastern Slovakia and selected districts in northern Slovakia. It will also be in place until Tuesday midnight, with expected precipitation of 20-40 millimetres and an expected wind speed of 18-23 metres per second.

Strong storms may be accompanied by hail, SHMÚ wrote.