Developers reportedly want to bulldoze the Winter Port, others want to see it be transformed into something similar to the ports in Strasbourg and Gdansk. 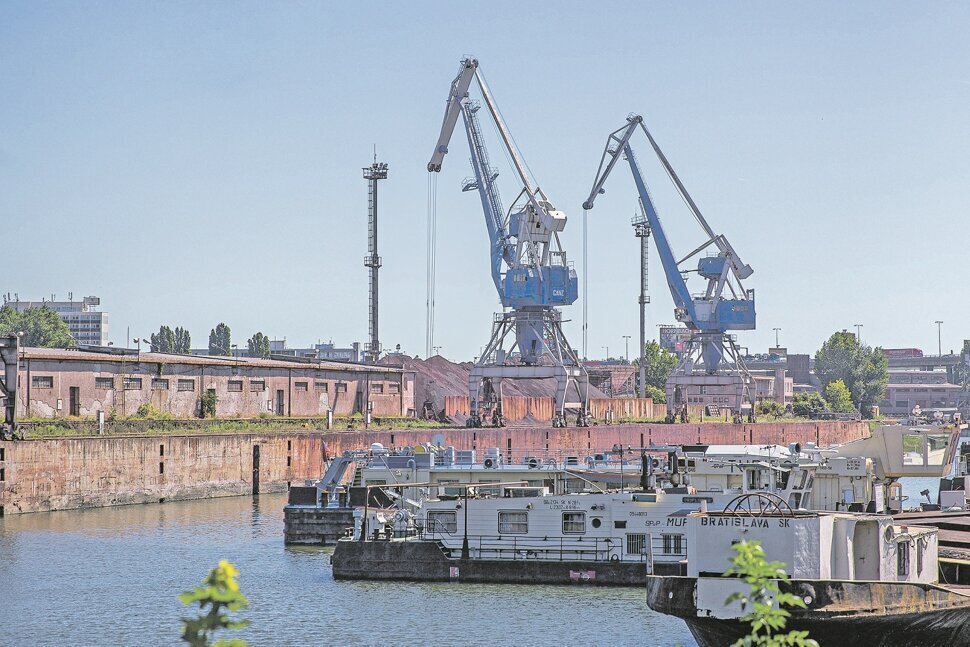 A boatman crosses a moored ship, then steps onto a pontoon. Moufflon is just entering port. It is a pusher tug – pushing cargo boats in front of itself instead of towing them behind - made in Poland during the communist regime. Its engine has been already replaced and it is manned by a four-member crew: captain, helmsman, boatman and engineer.

The ship is dominated by a high wheelhouse and with its low draft, easily sails into port beneath a flock of seagulls.

The waters of the Danube ripple in a large dock in which other tugs are moored.

Tall cranes supervise the mooring of the ship. The two oldest are already motionless and have become cultural monuments, along with other parts of the port that remember the first Czechoslovak Republic and the war bombing, ancient sailors, and crews of moored ships.