Depiction of cult animals, quarrel over well and giant footprint. 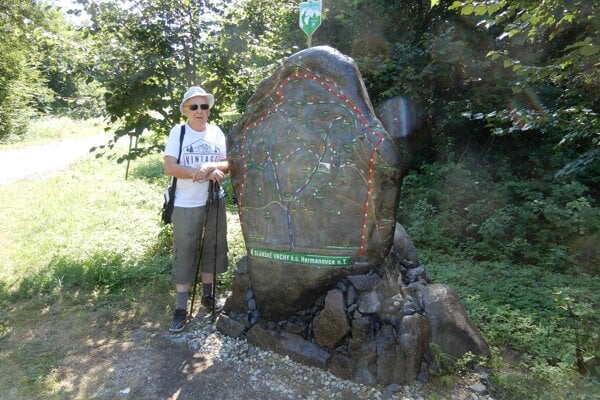 A giant footprint should have been left here by an enormous man or a dragon. Several animal or demon pictures can be seen at Sokolia Skala (Falcon’s Rock) and Oblík is heavy with barrow formations of unfathomable origin, the TASR newswire reported.

Legend surrounds the so-called Obracaná Studňa (Turned Well) at the border of the villages of Hermanovce nad Topľou and Zámutov in eastern Slovakia, said Jozef Rozkoš, former mayor of Hermanovce.

One foot here, another in the second village

He noted that there are about 50 touristic routes in the eastern part of the Slanské Mountains. So-called Giant Footprint may be found in the Valley of Giants, at the route leading to the meadow behind Oblík, where it is possible to continue to Oblík and other peaks.

“People say that a giant man walked this way and with his left foot he left a footprint at this rock and the left foot is located in the cadastre of Petkovce village,” he explains the legend behind the footprint on the rock, where it is possible to see a “footprint” about 80 centimetres long and 30 centimetres wide.

Another explanation is that it used to be grinding stone used in fights or by lumberjacks. 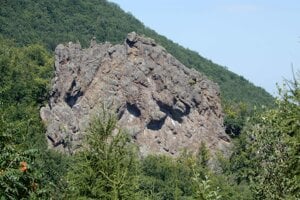 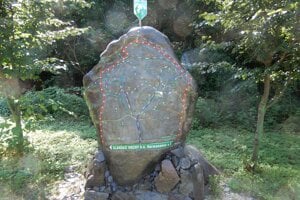 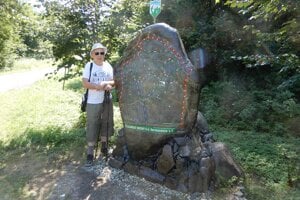 “Taking into consideration the compound of the rocks in the surroundings, it could be a ceremonial place and the ‘foot’ could be a sacrificial bowl in the belly of the cult animal,” another theory was presented by the Slanské Mountains East association at one of the information desks of the Telekia educational path.

The fact is that there are other rocks with sacrificial bowls and circular monuments with an average of 15 and more metres with stones in the shape of various cult animals.

The 80-metre-tall Sokolia Skala also has a mystical appearance. "The shapes of animals may be seen at the rock ridge, some of them several metres tall and below are other animals as well as figures of demons, gods and human heads, birds and tunnels,” the information desk reads.

A similar rock, like the Giant Footprint, is located on Oblík Peak. There are several and the top of Oblík looks like the town of rocks. Some of them were worked by a human hand. The rocks were supposed to have served a cult purpose, the former mayor thinks.

Quarrel for a well

Turned Well is located near the main crossroad of the touristic route in the Slanské Mountains, a place called Obracaná. At the border of the Hermanovce nad Topľou and Zámutov villages, it was the main source of water for mills and sawmills in both villages.

“There were times when water was scarce. Millers from Hermanovce and also from Zámutov used to go to the site and they turned the stream once to one village, then to the other,” the former mayor explained, as quoted by TASR. “They once met there and there was a fight, some even died there,” Rozkoš added another legend.

There is a rock map created by Rozkoš so tourists who enter the Slanské Mountains from Hermanovce can orientate themselves better.

The map shows the touristic route and individual peaks, painted in reflective colours so it can be seen in the dark when tourists flash a light on it. 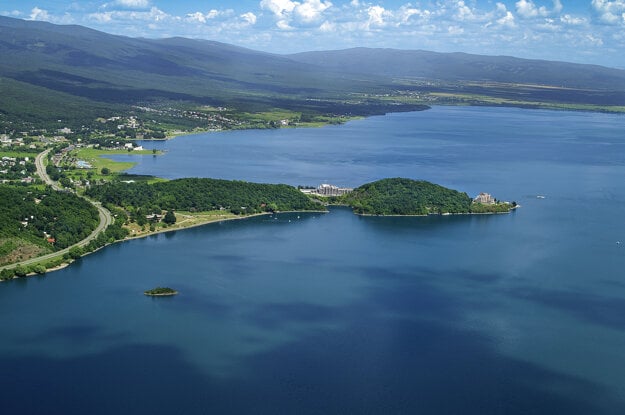