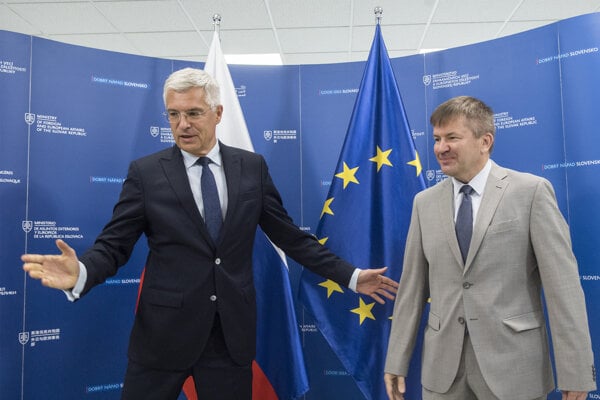 The decision of the Belarusian ambassador to Slovakia to support protesters in his homeland has incurred great respect in Slovakia and abroad, according to the Slovak foreign affairs minister.

“His story also confirms that diplomats are involved in border situations that make it impossible for them to continue representing their own country,” Minister Ivan Korčok (SaS nominee) said after meeting departing Ambassador Igor Alexandrovich Leshchenya on August 24, as quoted by the TASR newswire.

He also thanked him for his activities in Slovakia.

At the same time, the minister said that the situation in Belarus does not leave us indifferent, and stressed that the attitude of Slovakia remains clear: “We support the immediate end of violence and the observation of fundamental rights and freedoms, and ask to repeat the presidential election in Belarus while observing respective international standards, as well as starting a political dialogue between the Belarusian authorities and society”.