The minimum wage will increase less and will be cut from work surcharges. 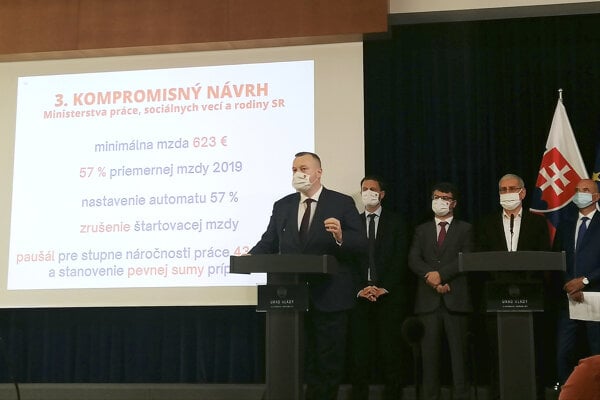 The Igor Matovič government is in an open conflict with labour unions. Minimum wage is the reason. While the labour minister insists the unions are putting forward unrealistic demands, the unionists are complaining that they have not been treated like this since the 1990s.

The formula for calculation of the minimum wage annual increase has failed to put an end to the autumn quarrels between trade unions, employers and the government. While the trade unions insist the increase should amount to what the formula calculated, the Labour Ministry and employers agreed on a lower increase behind the unionists’ back, causing the trade unions to walk out of the social dialogue.