Another bikesharing project for Bratislava

Pink Rekola bikes hopes to teach Bratislavans to use bikes as a standard method of public transportation. 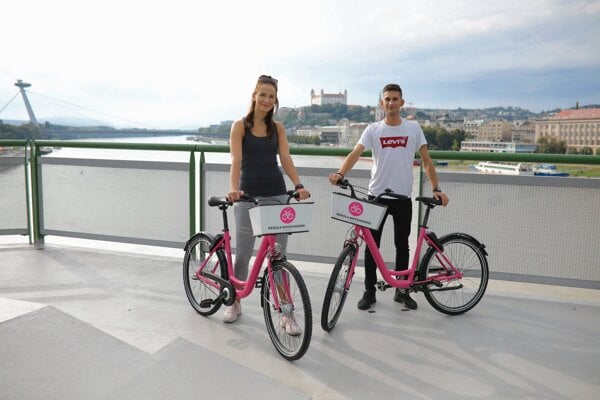 After shared yellow, red and white bicycles, citizens and visitors to Bratislava can now also use pink bikes. The Rekola project was officially launched on Monday, September 7. In the first phase, those interested can rent bicycles in the city centre and the boroughs of Ružinov, Petržalka, Karlova Ves and also at railway stations.

“We want to appeal not only to Bratislava residents, but also to those who commute from beyond Bratislava and use suburban transport,” said Jan Bureš, one of the coordinators of the Rekola project.

The ambition of the project, that its organisers call bicycle city public transport, is to improve traffic in the Slovak capital and encourage people to use bikes instead of cars or public transport.