For two decades, the town of Sereď has been home to drug dealers. The first of them will stand trial in late September. 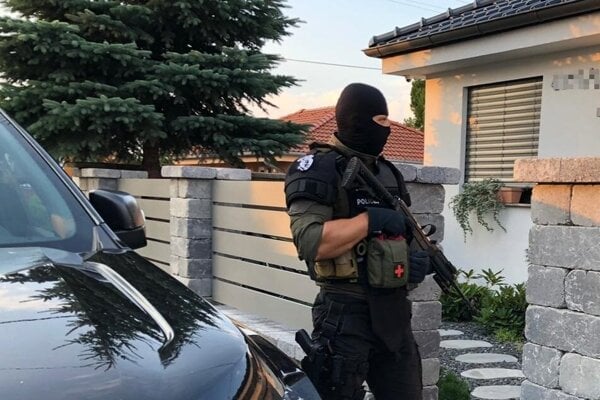 The police carry out their last 'Venal 4' search related to the drug mafia on August 17, 2020 in the town of Sereď. (Source: Facebook/Polícia SR)
Font size:A-|A+0

The locals in the town of Sereď, Trnava Region, could point a finger at them without hesitation but the police were not able to break up the local drug mafia for almost 20 years.

Over time, the organisation grew to enormous proportions, with 56 people being indicted in the case today. The quantity of tablets seized indicate that they had produced meth to a value of €17 million.

In September, one of the largest drug trials ever held in Slovakia will begin. The group around Slavomír Weiss, who according to the indictment is the head of one of several mafia cells in Sereď, will appear before the Special Criminal Court.