How university students built stone routes in the Low Tatras

These are the routes tourists still walk on today. 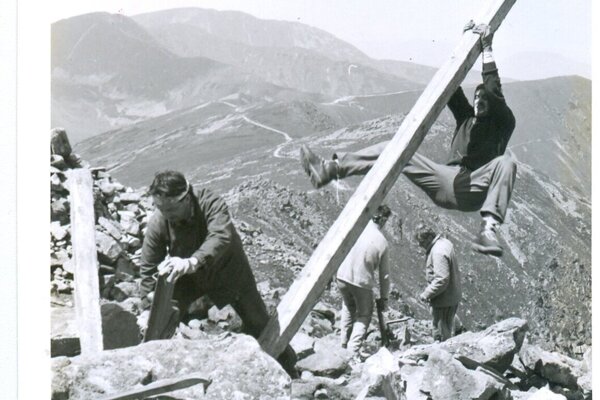 “This all was built by university students without any technology. They only had shovels, mattocks and crowbars. These were their tools. They set the stones well into the terrain, so the route is unbreakable,” said Karol Špánik from Liptovský Mikuláš.

That was how the construction of tens of kilometres of hiking trails in the most visited area of the Low Tatras looked.

It was done by university students. They thus connected the rock saddle of Poľana with Chopok Peak, and with the Milan Rastislav Štefánik Chalet under Ďumbier Peak. They also built another trail to Chopok Peak. In Slovakia, such a dense network of hiking routes is unparalleled.

The students worked on more than the area of the ridge. More routes were built from Široká Valley, and a comfortable trail was built from Priehyby to Chopok. It was 2 km long, but was destroyed during the construction of the cable car.

Another route from Široká Valley used to lead to Javorie Saddle. That one was also destroyed due to logging. In some parts, stone benches were built.

“Four years ago, I was on the ridge in a Mountain Rescue Service jacket,” recalls Karol Špánik, now 85 years old. He was working in the Demänovská Dolina Valley in 1959 in the northern branch of the Low Tatras Mountain Service and he was part of the association Telovýchovná Jednota Jasná, which also participated in the construction of routes.

“The Czechs were asking me when we built the trail,” he said. “It is unbelievable. In some parts it has been 50 years and still serves tourists.”