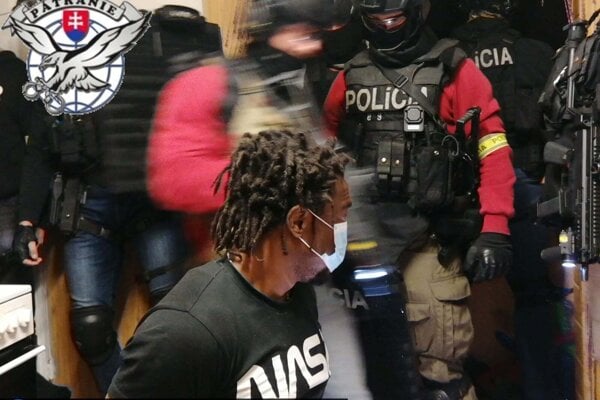 A man facing two European arrest warrants was detained this weekend in the eastern-Slovak town of Krompachy.

The police detained Chineye Whytg Nzedgu from Ghana in the early hours of September 20 in the Košice Region town. He was reportedly staying with his partner, the mother of his child, and her three other children.

The 49-year-old man received an eight-year prison sentence in Greece for drug-related crimes, and faces a possible life sentence for his alleged involvement in a murder.

The man did not have any kind of residence in Slovakia, and was in the country for only a short period. When he asked for a residence permit, he submitted a fake passport to the respective Foreigners’ Police department, the police wrote on its Facebook page.

In this phase, an Interpol database through which they checked the fingerprints played a crucial role.

“Based on the results from this database, the Slovak police learned that the passport was false and that a wanted person had arrived in Slovakia,” they explained.

Apart from the Foreigners’ Police department in Košice, also the members of Interpol Bratislava and the Košice police were involved in the operation.