Separation from state would reduce contribution to the Church

People older than 65 years of age, the inhabitants of Prešov Region, and people living in bigger towns would be willing to support the Church from their own pockets, the poll shows. 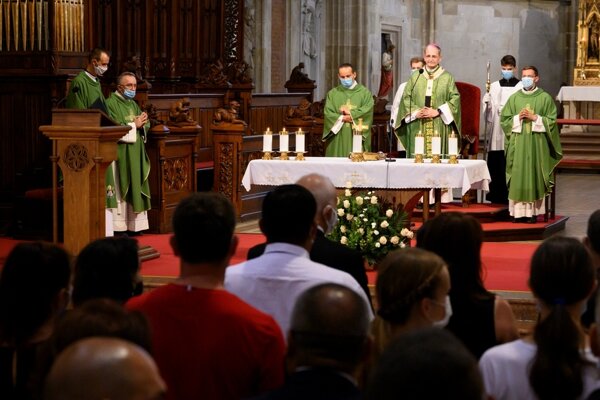 When the junior coalition party Freedom and Solidarity (SaS) opened a discussion about separating the Church from the state, the response was quite negative. Not only people, but also some of its coalition partners were critical.

Currently, Churches receive a certain contribution from the state budget, based on the number of believers.

“A solution for the separation from the state would be the financing of the Church with the voluntary contributions of people,” SaS has explained, adding that the best way of financing would be an assignation from income tax in favour of the registered Church.

This would mean that the taxpayers would decide whether they want to support the Church or not, the private broadcaster TV Markíza reported.

Following the debate, the Focus pollster surveyed the respondents, asking them whether they would be willing to finance the Church. Nearly 77 percent of them would not be willing to support it.

The highest support from KDH