I’m proud of my Roma pupils, a teacher from a Svit school says

Peter Šinály joined Teach for Slovakia to help transform Slovak education, starting as a teacher in a primary school in Svit. 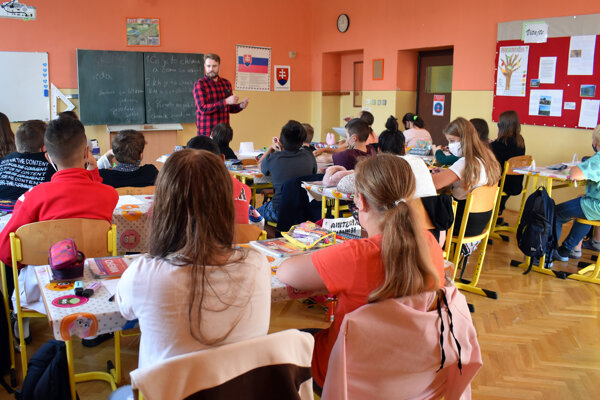 In the northeastern town of Svit, on a warm September day, teacher Peter Šinály waits quietly for seventh graders to put on their masks properly and settle down so that the chemistry lesson can begin.

The town, which remains synonymous with chemical production, is named after a viscose rayon plant - Slovenská viskózna továreň - founded by well-known Czech entrepreneur Ján Antonín Baťa in the thirties.

Here, as part of the Teach for Slovakia initiative, Šinály, a Bratislavan and a political science graduate of Vienna University, is now three years into teaching chemistry and German at the local Komenského 2 Primary School.

Before introducing pupils from different social backgrounds to chemistry for the first time in their life, he asks: “What do a good lesson and a good teacher look like?”

For us, it is taking the Maturita and having a better life.

Roma pupil Peťo on his and his classmates' life goals

Without pushing them, Karol, Kristína, Sarah and others answer Šinály, who asks them to point out to him anytime he steps out of the good-teacher zone, leading to a fruitful debate about chemistry and praising the most hard-working children before the bell rings.

“A teacher must respect children and take into account their needs,” the graduate of the two-year Teach for Slovakia leadership programme said, pointing out that well-set rules between a teacher and their pupils are key to getting along and simultaneously meeting the teacher’s expectations for the performance of pupils.

At the Svit school, which first joined forces with Teach for Slovakia five years ago, Šinály is also the head teacher of a small class of Roma eighth and ninth graders with learning difficulties.

These Roma pupils have been educated by different Teach for Slovakia teachers – as well as standard educators - from the fifth grade onwards. They consider Šinály to be a great teacher, whom they love.

“Teach for Slovakia teachers explain things and treat [Roma] pupils better,” said Roman, who wants to become an entrepreneur one day. He added that teachers paid less attention to him when he used to be in a predominantly white class.

However, special education Roma classes are not deemed the best approach to the integration and education of Roma pupils according to the European Commission (EC), Šinály, and other experts. 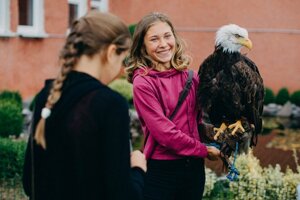 The EC claims Slovakia has not done much when it comes to removing marginalisation in Slovakia’s mainstream education. About 62 percent of Roma children are estimated to be placed in separate Roma-only classes or in Roma-only schools, according to the 2016 data by the EU’s Agency for Fundamental Rights.

Šinály noted it has not been common for pupils from these classes to make it to the ninth grade. The fact that there are ninth-graders in his class today suggests an improvement, though.

“It is not just because of Teach for Slovakia since other teachers at the school have worked with them,” Šinály stressed.

He also added the Svit school – believing in the fair-play principle – integrates Roma children into regular classes, if possible.

People like Šinály who come from Teach for Slovakia to teach in different primary schools may not be welcomed with open arms by all teachers, but Monika Dudinská, headmaster of the Svit school, appreciates their work “full of heart and professionalism” along with incentives for change and innovation. 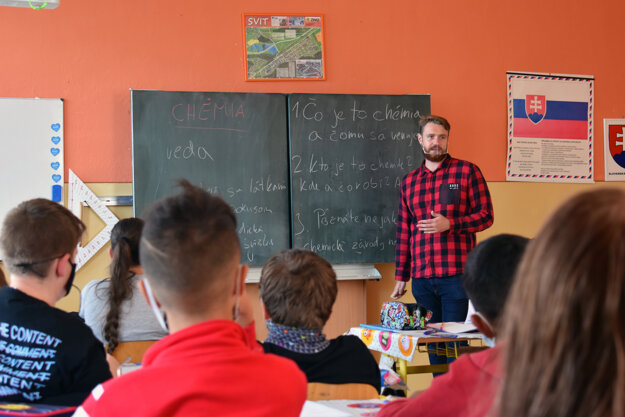 Peter Šinály of Teach for Slovakia works as a teacher at the Komenského 2 Primary School in Svit. (Source: TSS/Peter Dlhopolec)

“They inspire, motivate, and thus influence their students, build trust with their parents and are a full-fledged part of our staff.”

Teach for Slovakia, part of the global Teach for All network since 2014 thanks to Stanislav Boledovič, has placed dozens of people from different fields, following an intensive basecamp, in schools, mostly in the east and near Bratislava. Today, there are 41 teachers working in 26 partner schools.

As a teacher, Šinály has learnt a lot about different problems the education system faces firsthand. Bureaucracy, the poor status of teachers, and poor support of inclusion are just some of them. A reform, prepared by people with hands-on experience in teaching, could move education a step further.

“Someone must draft it and we [Teach for Slovakia] can contribute to the reform turning out to be better,” Šinály, who may shift from teaching to another education-related job in future, said.

Together with colleagues and the parents of Roma pupils in his class, Šinály can talk about some success he has already achieved in building strong Roma characters.

If I work hard, I will become somebody one day.

“If I work hard, I will become somebody one day,” Roman said, knowing it is tougher for Roma people.

Karolína, Gabika, Tatiana and Aneta want to become hairdressers, Mário and Rado have not decided yet, and Peťo hopes to become a wrestler. They have built a strong team - who loves maths – over time and they all have two goals in common, but attending university is not one of them.

“For us, it is taking the Maturita and having a better life,” Peťo said, and others nodded.

Šinály is proud of his Roma students, as well as other students he teaches. But he is also worried about what will happen once the Roma pupils leave the Svit school, their small team dissolves, and they will have to adapt to new rules.

“We have started working on their inner motivation and independence.”