The memorial resembles a B-24 rudder. 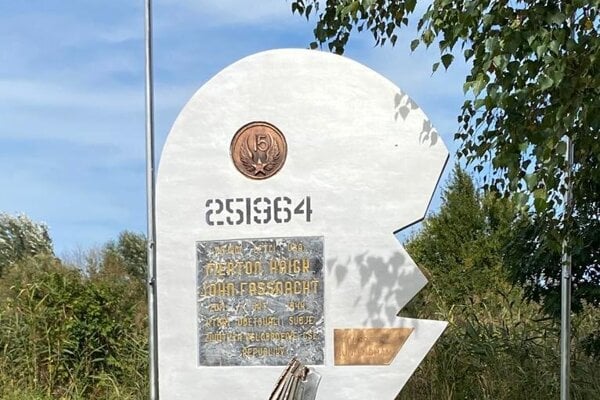 The restored monument marking fallen US soldiers near the village of Zohor. (Source: Courtesy of the Interior Ministry)
Font size:A-|A+  Comments disabled

A commemorative event recognised the restoration of a monument honouring a US airmen downed over Slovakia during WWII on September 19.

US airmen John Fassnacht and Merton Haigh died when their B-24 bomber crashed near the village of Zohor after being hit by anti-aircraft fire while on a mission over Vienna on October 17, 1944. The remaining eight airmen survived. The dead soldiers were firstly buried at the cemetery in Zohor and later transferred to the US military cemetery in France. The memorial stands on the place where the body of John Fassnacht was found. 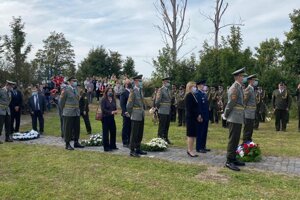 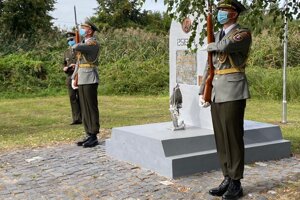 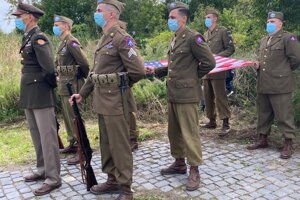 Restored monument to US soldiers near Zohor (7 photos)

“It is the least we can do today to honour the memory of those who laid down their lives in the fight for freedom and justice and supported the liberation of our country from fascism and Nazism,” said Interior Minister Roman Mikulec, as cited by the SITA newswire. “I am glad that thanks to good cooperation with local governments, the third sector and foreign partners, people can remember the fallen heroes with dignity at the reconstructed monument.”