Red-listed Czechia affects trains to and from Slovakia

The national carrier has limited a number of trains. 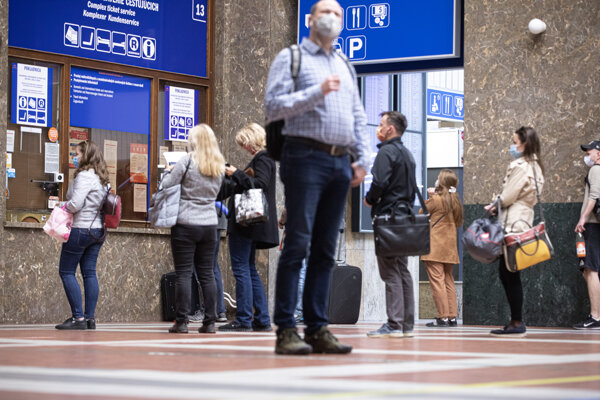 Slovakia’s decision to include the Czech Republic among its red-listed countries has also affected the operation of trains running between the two countries.

Several connections have been limited by the countries’ national railway carriers during the first days, with more changes coming into force on Friday, September 25. The capacity on the trains travelling between the countries will be reduced only minimally, according to Slovak state-run carrier ZSSK.

Private carriers do not plan to make any changes in their train schedules for now.

All carriers will be monitoring the situation and adjust to future developments.

The trains running between Bratislava and Prague will be affected as follows:

The trains running between Púchov and Prague:

The carriers have promised to refund the tickets purchased for the cancelled trains without any cancellation fee.

Trains running between Prague and Košice:

Trains running between Prešov, Nové Zámky, Bratislava and Prague that include sleeping wagons will run on a shorter track, only within Slovakia. The last trains on the original route will be dispatched on Friday, September 25 from Prešov, and on Sunday, September 27 from Prague.

Trains running between Prague and Humenné:

No changes in yellow trains for now

The private railway carrier RegioJet does not plan to limit any of its trains running between Slovakia and the Czech Republic due to a high interest of passengers.

Moreover, it has reduced the price of tickets to both Košice and Bratislava, while the tickets for students will also be cheaper, it promised.