Austria and Hungary may be put on red list

The worsening epidemic situation in Slovakia will require stricter measures. 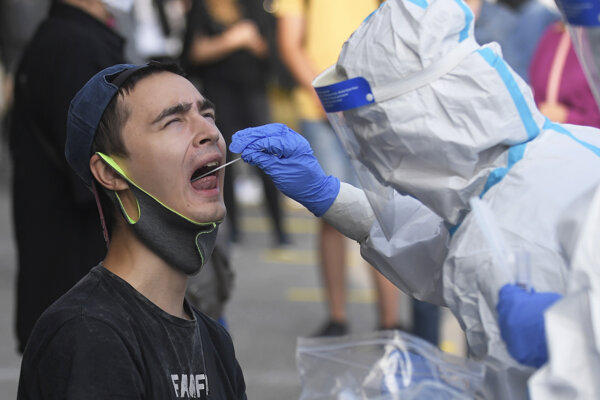 Slovakia has broken a record in the daily increase of new coronavirus cases.

The September 22 testing revealed altogether 338 new positive cases, the most recorded since the March outbreak.

The government representatives have not excluded adopting some stricter measures to contain the virus. This includes putting Austria and Hungary on the red list.

A crisis staff in quarantine 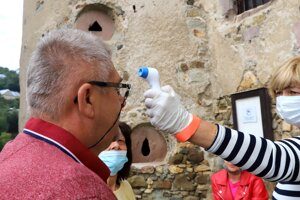 In Skalica, as well as nearby Senica, the reported cases were those in contact with players of the local ice hockey club who already tested positive. The town will convene a crisis staff to discuss the situation.

The regional Public Health Authority (ÚVZ) office in Dolný Kubín is continuing to search for the contacts of people who got infected after a bus trip to Croatia. Meanwhile, a crisis staff in Námestovo had to go into isolation after the head of the district authority tested positive. This includes a regional hygienist from Dolný Kubín.

The districts of Tvrdošín, Námestovo and Dolný Kubín have already adopted several anti-epidemic measures. This includes introducing a limit of 30 people at weddings, no more than 100 people at mass events held outdoors and 50 indoors, while all mass events, except for weddings, need to end at 22:00. Moreover, bars, discos, restaurants and night clubs need to stay closed between 22:00 and 6:00.

Anti-epidemic measures may be stricter

“The epidemic situation in Slovakia is worsening, which could be expected regarding the development in neighbouring countries,” ÚVZ commented, adding that new cases have also occurred in safe areas.

Several local outbreaks have been monitored for weeks, and hygienists are actively searching for contacts of the already confirmed cases. 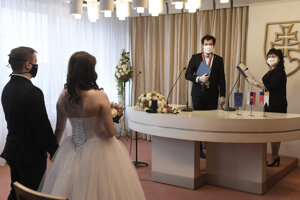 Related articleWeddings will be limited to 100 people Read more

The current situation will be discussed by the group of experts, the pandemic commission, and also the central crisis staff. They will discuss, among other things, putting Austria and Hungary on the red list, Krajčí implied. Until then, he does not recommend travelling there.

He also considers several measures currently in place not strict enough and would recommend toughening up the rules on borders.

“Countries that are managing the pandemic well and have stabilised the daily increase in numbers have much stricter measures than Slovakia,” Krajčí told the September 23 press conference.

PM Igor Matovič (OĽaNO) admitted that some measures may be stricter, but failed to reveal much details. Commenting on the possibility of putting Austria and Hungary on the red list, he stressed he will first have to discuss any measures with his counterparts. 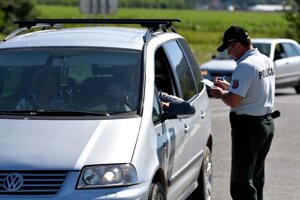 Related articleCzechia will be in "intermediate mode". Here’s what you need to know Read more

Meanwhile, Krajčí proposed to increase the number of daily tests. He called the capacities of regional ÚVZ offices and labs a deficiency, claiming that they can test no more than 7,500 people a day.

The maximum capacity may be achieved in two-three weeks, while this has happened in some regional offices already.

Moreover, Slovakia plans to purchase 500,000 new antigen tests that should reveal the positive cases in about an hour. They should be used on borders, in medical facilities before taking in patients, and in nursing homes, Krajčí said.

Although she welcomed the news about purchasing new tests, improved testing is not enough to manage the current situation, President Zuzana Čaputová said.

“It’s necessary to improve the communication of the state and its institutions,” she stressed.