Stringent measures for events and weddings expected as of October

Final decision to be made on Monday, PM stands behind the proposal of epidemiologists and hygienists. 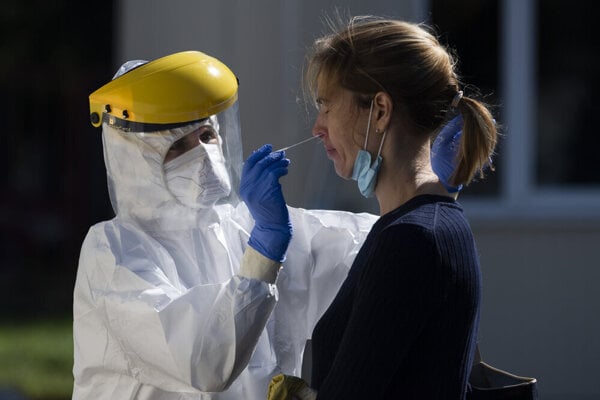 Smaller weddings and strict limits for mass events: That is what the pandemic commission proposes Slovakia should abide by as of October.

Coronavirus numbers have been on the rise in Slovakia particularly over the past week; there were 419 positive tests reported on Friday. There are currently 19 red and 19 orange districts, while 41 districts remain green in Slovakia as of September 25.

The measures that the commission proposes are meant to stabilise the curve of new daily confirmed coronavirus cases in Slovakia, but epidemiologists expect the numbers to further rise for at least another 10 to 14 days after the measures come into force. 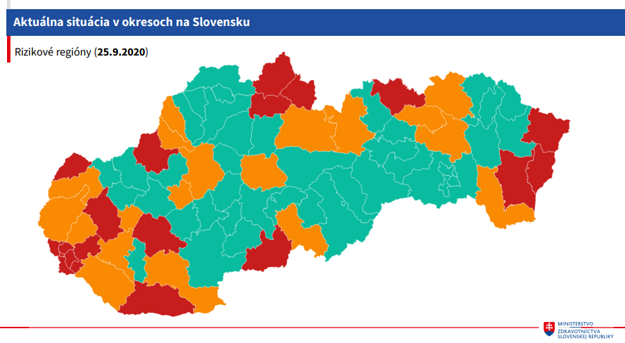 The map of red and orange regions since September 25, 2020. (Source: Health Ministry)

New measures as of Thursday

They expect to introduce the measures on October 1, but they do not have the final version of the measures yet, Chief Hygienist Ján Mikas said.

PM Igor Matovič, however, revealed that the proposal should be identical to what the epidemiologists proposed two weeks ago: limiting weddings to 30 persons and allowing only events with seated participants, with a maximum of 100 people indoors or 200 people outdoors. Mass events where the participants are not seated will be banned "until the rise of positive cases is stopped". Matovič previously stepped in to soften the measures. However, he says he has been disappointed.

The commission is also considering limitations to travel across borders but has not come up with any definite proposals yet. Mikas noted that currently, most of the cases are not imported across the borders, like they were in some previous months, but are contracted at family reunions, weddings and discos.

"We call on people to start being responsible and cautious like they were during the first wave," Mikas said.

Matovič stressed that measures must be taken; otherwise, the situation will exceed the limits of contact tracers and hospitals.

"I will no longer fight for the freedom of irresponsible people," Matovič said. The current rules would be effective if people observed them, but he claims that about one third of the population is irresponsible.