Several MPs, both coalition and opposition, obstructed the vote. 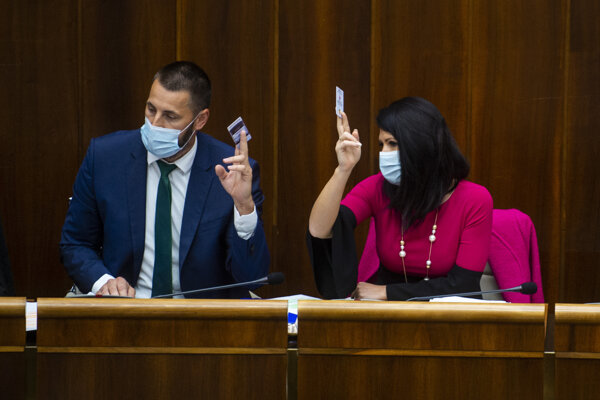 MPs have shifted voting on the draft legislation on abortions to another parliamentary session.

The reason was the obstruction of MPs from junior coalition parties Freedom and Solidarity (SaS) and Za Ľudí, and members of the Hlas party who removed their voting cards, causing the parliament to not have a quorum.

The debate itself was quite lengthy, with more than 20 MPs registering for the September 29 debate, which lasted until late evening.

The draft has been criticised by several activists from Slovakia and abroad, who pointed mostly to the fact that it will make it harder for women to undergo abortion.

The draft, submitted by a group of OĽaNO MP with Anna Záborská at the helm, originally proposed to double the time between requesting and performing an abortion, improve the collection of data about reasons for an abortion, require a compulsory second medical opinion paid by health insurance, provide accommodation for pregnant women who want to give birth secretly along with their children, and introduce a financial contribution during pregnancy and higher allowance for a disabled child.