On the other hand, several brands are yet to open their stores. 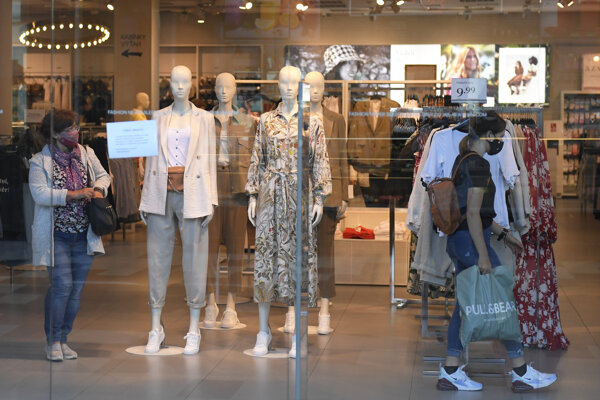 The Camaieu shop has been offering its goods on Bratislava’s Obchodná Street for years. However, it emptied the space a few weeks ago as its French owner is facing serious financial problems, the Index economic magazine reported.

Although the parent company has found a new owner for its local stores, the recovery plan probably does not count on foreign branches. Moreover, the Slovak one is going bankrupt, Index wrote.

The Camaieu brand was founded in 1984 in France and has since expanded abroad. It had more than 1,000 shops in 18 countries across the globe, including Slovakia, during its best times.

The company has faced several problems in the past few years. It opted for a transformation and back in March, information leaked that it wanted to withdraw from several markets. It planned to close altogether 135 shops in Poland, Italy, the Czech Republic, Romania, Hungary and Slovakia, Index reported.

In addition, it was hit hard by the coronavirus crisis, which slowed down its cash-flow. Following several restrictions, the shops had to close, and the company asked the courts for protection. The problems continued after it failed to receive a state loan to survive the crisis.

While in Poland the company had revealed plans to close down already in May, the process in Slovakia is unknown, according to Index.

Apart from Camaieu, retail brands like Forever 21, Freywille Promod, Adidas, Tous, and Klenoty Aurum either have withdrawn or plan to leave the Slovak market. Some were planning their departures before the pandemic or will leave the market gradually, the recent CBRE survey suggests.

On the other hand, several retail brands want to expand their activities. This includes the fashion brands Oysho, Springfield, Woman Secret and Gap, the gastronomy brand Paul Bakery, and the furnishings brand Zara Home.