It has its own grammar and word order, and it is not similar to the Czech sign languages at all. 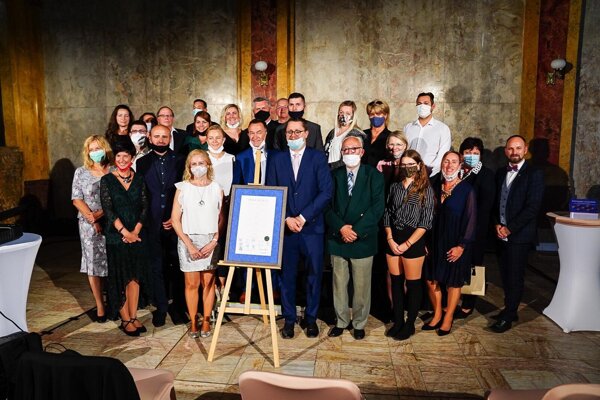 Interpreters of sign language often stood next to the PM and epidemiologists when they were informing the public about COVID-19 and the imposing of measures. Until the pandemic started, their appearance was quite rare.

“Only now, during the pandemic and interpretation of press conferences, we better understand what obstacles – though in access to the most basic information – people with hearing or other disabilities encounter,” said the Culture Ministry's State Secretary Radoslav Kutaš. 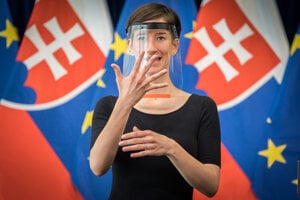 Slovak sign language was officially codified on September 23, and thus officially acknowledged as a full-fledged language.

“This moment is a significant step on the path to the inclusion of people with hearing impairment, either within education, culture or other fields,” commented ombudswoman Mária Patakyová, who was present at the ceremonial signing of the Declaration on the Codification.

She added that it is a big help when it comes to increasing the quality of all the spheres of life of hearing impaired citizens.

The government pledged in its programme statement that it will support a culture without barriers. The standardisation of Slovak sign language was one of its promises.

“We who can hear are often not aware of the significance of sign language for hearing-impaired people in their everyday life,” Kutaš noted.

Slovak sign language is the native language for people with hearing impairment.

Jaroslav Cehlárik, head of the Slovak Association of the Deaf, said that not only him but all Slovak people using sign language can look forward with hope to the codification signs.