Tourists will use the ecological bus instead. 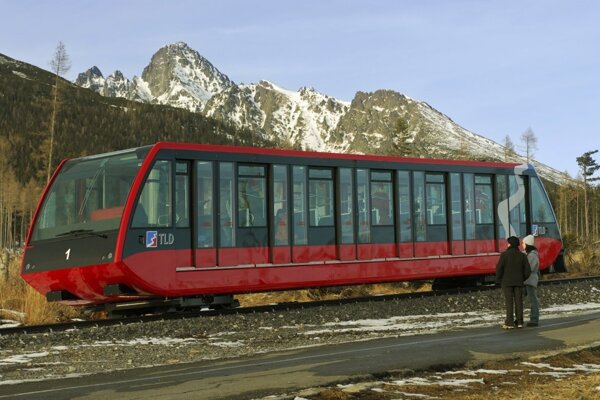 The ground funicular railway, which transports tourists in the High Tatras from Starý Smokovec to Hrebeniok, is to be sent to Uetendorf in Switzerland, to the workshop of its producer, for technical inspection.

Until November 13, an emissions-free bus will take over the commute on the route between Starý Smokovec and Hrebienok.

“Complex control, diagnostics and exchange of worn-out pieces will be done during the inspection,” said operation director of the ground funicular railway, Ján Slamený, as quoted by the SITA newswire.

Last year, the chassis of the first carriage underwent such an inspection and the second carriage will be inspected this year. After the check, the chassis will return to the Tatras, where it will be re-installed onto the tracks, undergo some tests and all being well, put into operation again.