An app that would notify users if they have encountered an infected person should be created by a company that was established a month ago. 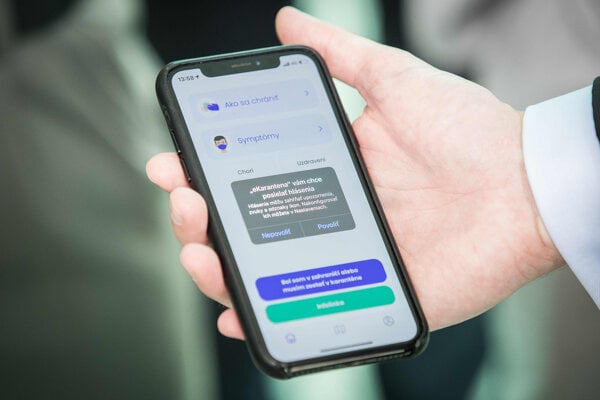 Soon after he was elected prime minister, Igor Matovič said those returning from Italy would receive daily text messages notifying them about their duty to enter home quarantine. There were 21 people infected back then.

The total number of people who have tested positive with the coronavirus in Slovakia is now more than 13,500 while the death toll is 55. However, there is still no smart solution to fight the infectious disease.

Currently, hygienists in Slovakia have to rely on the person infected to remember all the people they have met. Czech hygienists, on the other hand, are able to trace the contacts of those infected by gathering data from the mobile phones of a quarter of a million Czechs through an app called eRouška.

The Slovak parliament passed the law in the spring that would allow Slovak hygienists to do the same, but the Constitutional Court suspended it, stating the personal data could be misused.