Tibor Lörincz from Tatra Banka takes a closer look at the relationship between a good and well-functioning society and a prosperous economy. 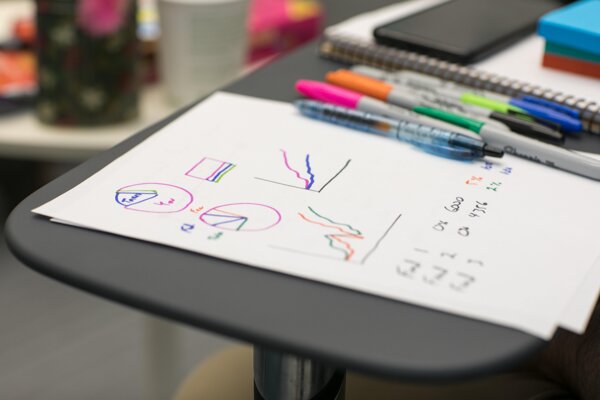 The question whether a good economy creates a good society or vice versa may resemble the chicken and egg problem. For very poor countries, where people struggle to provide food for their families, it is truly hard to see which problem should be tackled first: whether the poor conditions of the people, or the often dysfunctional society at large. However, for middle- and high-income countries, the picture clarifies: a good, functional society is a necessary condition for a prosperous economy.

Slovakia’s economic story illustrates the point. In 1993, Slovakia began its journey at 45% of EU’s GDP per capita in PPP terms. By 2008, it has climbed to 73%, but since then, it has basically hovered around 75%. Looking at other Central and Eastern European countries, a pattern seems to emerge, as if there was some barrier preventing countries from reaching the average.

At this point, any economist worth their salt will point to the Solow model, which explains how poor countries, just as Zeno’s Achilles, will keep chasing the rich countries, never quite catching them. However, all of the new EU members have to make some institutional changes to be eligible, making it hard to disentangle the relationship between institutions and growth. And there are countries that were able to break through this barrier, such as Ireland, Japan, South Korea or Singapore, all of which are known to have institutions of good quality. It seems there is something else going on than just a Solow convergence story.

Let us use corruption as a proxy for institutional quality, or the lack of it. If we plot GDP per capita in PPP for European countries against Transparency International’s Corruption Perception Index, we can see a fairly clear pattern: the lower the perceived corruption, the higher the GDP.

This, however, still does not prove causality; it can just as easily mean that richer countries tolerate corruption less, or that people in richer countries are simply more oblivious to corruption. To get a taste of which way the causality flows, let us look at Italy: back in 1990, Italy’s GDP per capita was significantly above EU average. In the early 90s, corruption was rife in Italy, the era of the tangentopoli corruption scandal and mani pulite, the investigation of this scandal. Despite mass arrests, Italy’s corruption index has barely budged above 50, around the level of the Visegrad 4 countries today. Lo and behold, by 2019, its GDP per capita in PPP is below the EU average and close to the levels of V4. We can see that low quality institutions can make a rich country poorer, indicating that for middle- and high-income countries, the causality runs from institutions to GDP, and not vice versa.

Oil can overpower weak institutions, but only for so long

Not all rich countries have to have good institutions: oil will often suffice. Middle Eastern oil countries are significantly richer than the average EU country in PPP per capita terms. However, even these countries visibly suffer from low quality institutions.

In 1995, the oil rich Middle eastern countries were inconceivably richer than the EU: UAE and Qatar, were ca. five times richer, Kuwait three times as rich, Saudi Arabia twice as rich, Oman 1,5 times as rich. By 2019, EU has caught up significantly: Qatar is now twice as rich, UAE is now only 1,5 times as rich, Saudi Arabia and Kuwait are at EU level, and Oman is now almost 40% poorer than the average EU member. Other oil rich economies underline the trend: in Russia and Venezuela, weak institutions have overpowered both the presence of oil, as well as the Solow growth model. Norway, on the other hand, shows that with good institutions oil can provide a head start. While oil makes a country rich, weak institutions put a limit on GDP growth and prosperity in general.

We do not know the exact mechanism

One thing has to be made clear: we do not know how good institutions lead to stronger economies. Maybe good governments provide good education as in Finland or South Korea. Or it could be that the rule of law fosters risk taking and encourages entrepreneurship.

Or maybe lower corruption and nepotism lead to more meritocracy, which increases overall productivity. Maybe people just want to live in good societies and lower GDP growth is the result of brain drain. Not knowing the precise mechanism is not necessarily a problem. Doctors do not know how exactly high blood pressure causes cardiovascular problems, but the evidence is so strong that even without knowing the mechanism, treatment is advised. Similarly, we may not know how good societies improve economies, but we do know that they do. If Slovakia wants to become a rich country, it has to improve the quality of the institutions and society in general. Economic growth will follow.