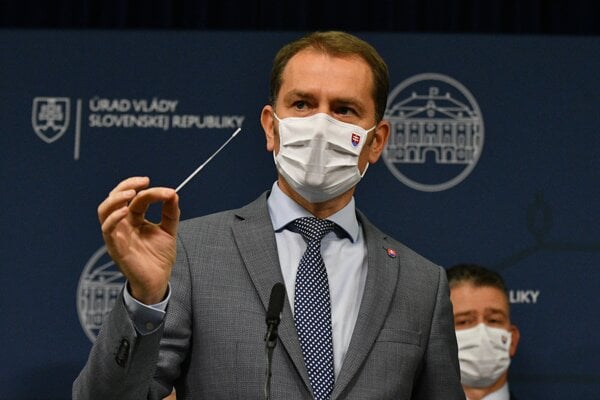 PM Igor Matovič shows the antigen testing kit that should be used in the nationwide testing project in Slovakia. (Source: SITA)
Font size:A-|A+55

The simple maths of the Kotleba verdict

The era when one could get away with using neo-Nazi symbols and casually exchanging Nazi salutes in Slovakia is over.

This may be an overly optimistic assessment, but the fact is that on Monday, October 12 the Specialised Criminal Court issued an exemplary guilty verdict for far-right leader Marian Kotleba, sentencing him to four years and four months in prison. Kotleba remains free, pending appeal, and attention now turns to the Supreme Court, which is the appellate court in this instance. It is not expected to deal with the case sooner than in about six months.