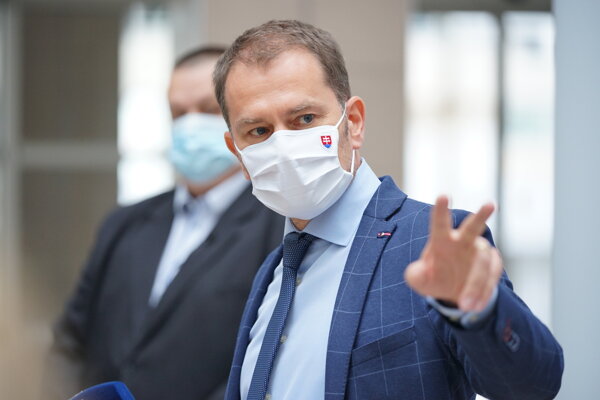 Another poll shows the dropping support of the movement led by PM Igor Matovič (OĽaNO). Currently, the most popular party is Hlas, founded by Peter Pellegrini. 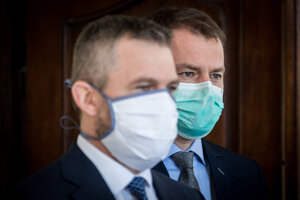 It would win the support of 18.7 percent of voters, while Matovič’s Ordinary People and Independent Personalities (OĽaNO) would garner only 15.1 percent. It fell by 3 percentage points compared with September.

Third would be Freedom and Solidarity with 10.7 percent, according to a poll carried out by the Focus agency for the Na Telo programme broadcast by TV Markíza. It addressed 1,014 respondents between October 7 and 15.

The poll only partially reflects the dispute between Matovič and SaS chair and Economy Minister Richard Sulík over the measures adopted to contain the coronavirus that started on October 11.

Matovič kept mentioning the dispute during the rest of the week, and even refused to take Martin Klus of SaS, the state secretary of the Foreign Affairs Ministry, to Brussels with him.

It is hard to say how this dispute affected the results, said Focus head Martin Slosiarik.

“OĽaNO has seen a drop, but this should not have been caused by the weekend dispute as its fall has been seen in other polls too,” Slosiarik told the Sme daily.

Za Ľudí stays outside the parliament

Five more parties would make it to the parliament if the election was held in early October. Fourth would be Smer with 10.5 percent, followed by far-right Kotlebovci – People’s Party Our Slovakia (ĽSNS) with 9.8 percent, Sme Rodina with 7.3 percent, Progressive Slovakia with 5.4 percent, and the Christian Democratic Movement (KDH) with 5.2 percent.

The junior coalition party Za Ľudí would fail to pass the threshold again as it would be picked by only 4.8 percent of respondents.

As much as 16 percent of respondents said they would not vote, while 13 percent would not know who to vote for.

The poll suggests that the ruling coalition would fail to create the government.