Dobroslav Trnka has been stripped of his robe in the past. 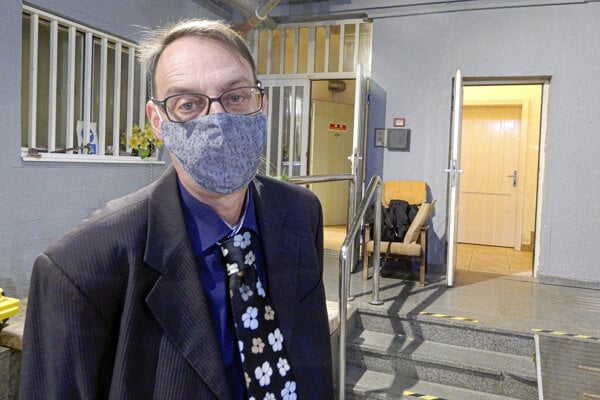 Exemplary punishment was expected in the disciplinary case against former general prosecutor Dobroslav Trnka. Prosecutors and experts were calling for it for months, the Sme daily reported.

However, the disciplinary committee at the General Prosecutor's Office decided that Trnka may continue as a prosecutor, despite the fact that he also faces criminal prosecution and had a close relationship with mobster Marian Kočner.

Trnka faced discipline for his statements about the hidden camera that he and Kočner installed in his GP office. He was eventually punished for lying about why he released Jozef Majský from prison. His punishment is a salary cut of 15 percent for three months.

The decision of the committee is not effective yet. The deputy of the General Prosecutor’s Office, Jozef Szabó, appealed immediately.