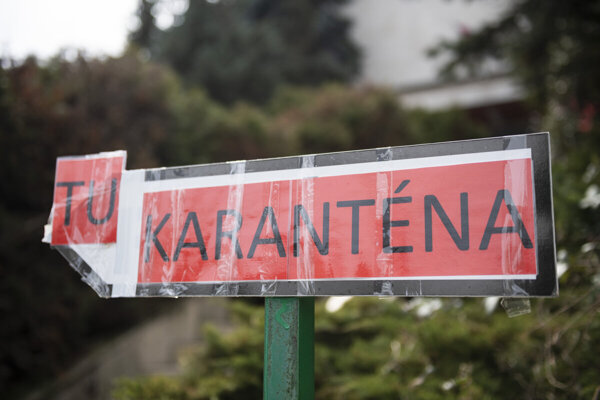 The idea of punishing people with 10-day home isolation for their decision to not attend the nationwide testing, mentioned by PM Igor Matovič (OĽaNO), may be stopped by the Constitutional Court. The “Joint Responsibility” operation would end sooner than the testing is supposed to begin.

During the weekend, the prime minister wanted to punish those who refuse to attend the testing with being entitled to only basic health care. They would be required to pay for any other procedures.

Then on Tuesday, October 20, he said that those who do not participate in the nationwide testing will have to stay at home for the next 10 days. If they are stopped on the streets by police officers or soldiers and do not have a test result, they will be fined up to €1,659, as Matovič said. He would like to limit the freedom of movement with a curfew.

Defence Minister Jaroslav Naď (OĽaNO) said before the October 22 cabinet session that the talks on 10-day home isolation are still underway, and that they want to present a proposal that will be in line with the law.

Six constitutional lawyers addressed by the Sme daily agree that the interference of personal freedoms presented by the government can be unconstitutional.

“The voluntariness under the threat of sanctions isn’t voluntariness,” President Zuzana Čaputová said. “The proposed sanctions for the absence from nationwide testing pose questions about constitutionality.”

Healthy people in isolation, too 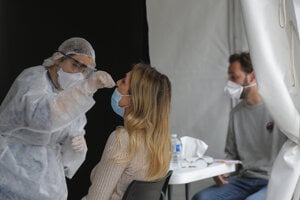 “The quarantine” as Matovič calls the proposed restrictions, would be used by the government as a punishment, not defined in the law. Moreover, it would restrict freedom of movement for 10 days in a row, which cannot be done during a national emergency.

About 2 million people could end up in forced isolation, if absence from testing is similar to elections, according to Marek Káčer of the Faculty of Law of Trnava University.

“They would end up in isolation without the state trying to find out why they didn’t attend the testing,” Káčer said, adding that there would probably be many healthy people.

Hygienists usually order isolation on individuals, not whole groups. Those staying in isolation need to have a positive test or have been in contact with people who tested positive.

The government now risks that the measure will end up in the Constitutional Court, constitutional lawyers opine. If the court suspends the effectiveness until issuing a final verdict, the government would lose the entire legal basis for nationwide testing, which should take place the following three weekends.