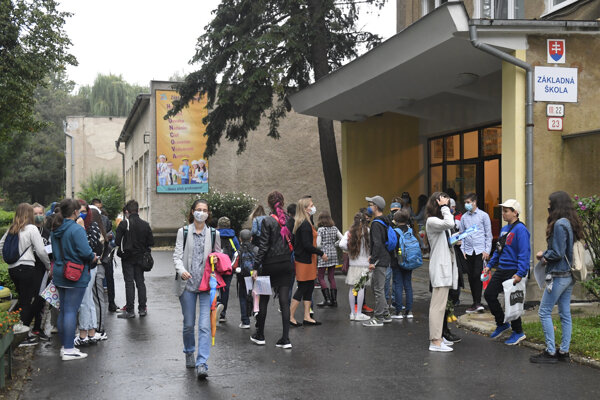 Education Minister Branislav Gröhling confirmed the changes on Friday. The autumn break is typically five days at the turn of October and November. The change is coming to accommodate the plan for nationwide testing that will be taking place that weekend.

"It will be Fridays and Mondays, due to the fact that during the weekend, nationwide testing will take place and [schools] will be disinfected on Mondays," the minister told the press conference.

Some of the testing sites around the country will be placed in schools or in school gyms.

How schools will work during the lockdown

During the curfew-and-testing-based lockdown, secondary schools and grades five to nine of primary schools will be taught online from Monday, October 26 until Friday, November 27.

Kindergartens and grades one to four of primary schools will remain open.

If the situation improves, everyone will return to school on November 30.

The minister has called on universities to conduct distanced teaching until the end of this semester.

School clubs, or afternoon school, will continue for the youngest pupils, grades one to four. (The grades that continue in-person teaching).

The minister said he is in talks with the Labour Ministry about contributing to the salaries of art school teachers. He is counting on €21 million to be earmarked for this purpose.