The state may need to order that all available healthcare workers assist during nationwide testing. 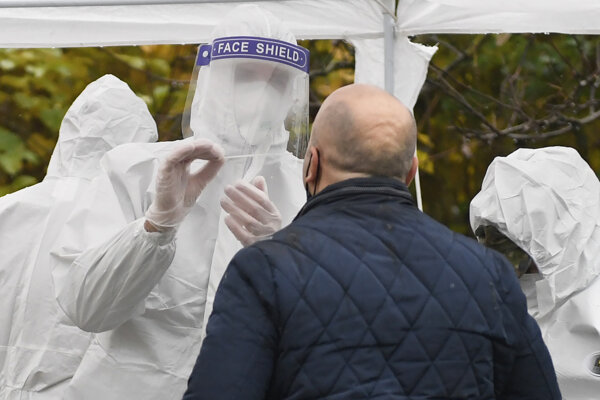 Four days before the planned nationwide testing of four million people, the state lacks at least 8,000 healthcare workers and volunteers who would be willing to take the samples.

“I will help on Saturday, but not on Sunday,” said nurse Miroslava Matištíková, who worked at the sampling point in Tvrdošín last weekend, as quoted by the Sme daily. “I have been in work the whole week and after this testing, I feel that I need some rest,” she added.

Some volunteers may be infectious

Orava region and Bardejov district could count on assistance from other regions, including from the military, firefighters, and healthcare workers. Some arrived from Košice and Bratislava. This will not be the situation during the upcoming weekend as testing will take place across Slovakia. 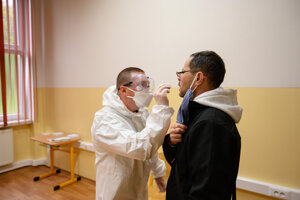 The state should also take into consideration that some of the volunteers who apply won't be unable to help, as they could be infectious: 8 percent of the registered helpers in Orava tested positive during the control testing, healthcare workers included.

PM Igor Matovič said that the nationwide testing will take place with a “strain of all forces”. He called it Plan A. He added that the government also has a Plan B but did not provide more details.

There are two options – either give up the idea to test the nation or order the healthcare workers to participate as part of their work duties, which is allowed during a national emergency. 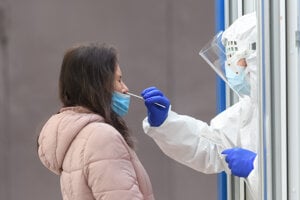 Health Minister Marek Krajčí mentioned this option indirectly when he said that the solution of Plan B is clear even without stating it.

“The Medical Chamber is fundamentally against the duty for doctors to participate in nationwide testing,” its head Marián Kollár told Sme. They would respect the work duty if they had to stay with patients in hospitals.

The government ordered a work duty for doctors in the spring. This also occurred in 2011, when some doctors went on strike and there was a lack of people to care for the ill.