They say they inspired people who previously hesitated to go to the testing. 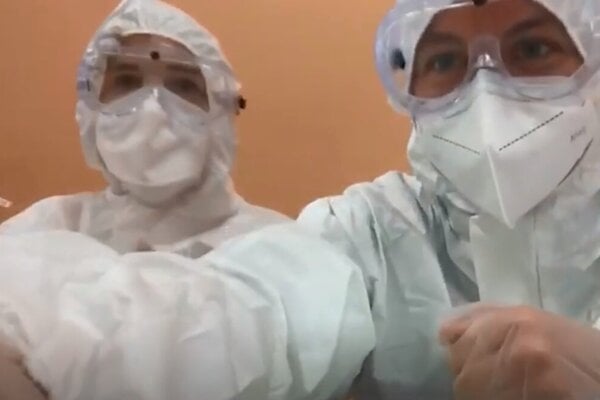 Iveta Kľúčiková and her sister Katarína Kľúčiková in one of their videos. (Source: Instagram account of I. Kľúčiková)
Font size:A-|A+1

Iveta Kľúčiková and Katarína Kľúčiková from Horná Lehota volunteered for the pilot testing in the Orava region as administrative workers. They were at the sampling place during all Saturday, creating stories for their Instagram accounts.

The two sisters documented how the testing looks and showed that people have nothing to fear through funny videos and pictures.

Their insta-stories have been seen by thousands of people. They have received many messages in which people wrote that they were persuaded to attend the nationwide testing or volunteer.

They do not feel like “today's heroes,” as Iveta Kľúčiková told the Sme daily.

“We just came there and called the person in,” she said. “But we saw the medical workers doing the tests and we can say that they are today's heroes.”