We owe our veterans a great deal, even more so in this extraordinary year

I am delighted to see that more and more Slovaks have begun to adopt the tradition of wearing red poppies. 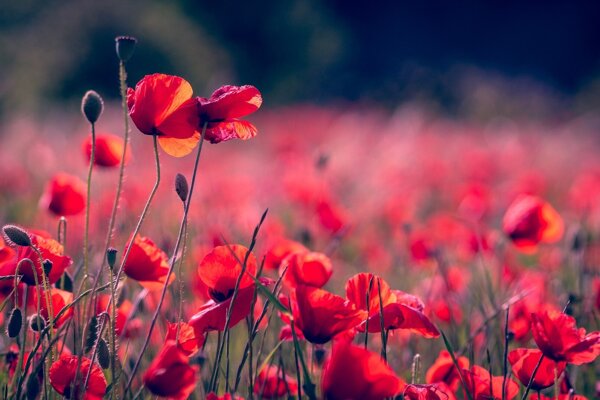 Nigel Baker is the British Ambassador to Slovakia

We are approaching November – a month when you might notice your British friends suddenly wearing red poppies on their coat. Why do we do that? Well, it is connected to an annual occasion when communities across the UK commemorate those that fell in the First World War and all the wars since then. Covid-19 will sadly mean we cannot gather together this year in the same way that we have done for a century.

But traditionally, poignant ceremonies called Remembrance Day take place every year on the closest Sunday to November 11, the date when the guns fell silent and peace came after a brutal four-year conflict. A national service is held in London, attended by senior members of the Royal family, including The Queen, members of government and 10,000 veterans. The tradition was established by King George V., Queen Elizabeth’s grandfather and was later extended to commemorate those who fell in WWII and other military conflicts to this day. Remembrance Sunday in the UK today remains just as important as it was a century ago. People take part whatever their political or religious beliefs because it is about remembering our common humanity.

The First World War was truly inhuman. As Slovak poet Hviezdoslav foresaw, even before the war reached its terrifying peak, ‘nation hurled itself on nation, massed, intending murder, rapid to destroy. With rifles’ crackling and the cannons’ blasts earth groaned, air screeched, waves roared and in the sky lightnings revealed the frightful Ashtaroth”. Previously beautiful landscapes turned to mud; bleak and barren scenes where little or nothing grew.

The suffering of war touches us all

There was a notable and striking exception to the bleakness – the bright red poppies. These resilient flowers flourished in the middle of so much chaos and destruction, growing in thousands upon thousands. Shortly after losing a friend in Ypres, a Canadian military doctor, Lt Col John McCrae was moved by the sight of these poppies and that inspiration led him to write a famous poem ‘In Flanders fields’, which is read out at ceremonies across the country, including my beautiful home town in south-east England, Tunbridge Wells.

That is where the symbol of Remembrance Day, the red poppy, comes from. And I am delighted to see that more and more Slovaks have begun to adopt this sombre tradition, because the suffering of war touches us and our loved ones, whichever country we come from.

Poppies are not just a symbol of remembrance and hope for a peaceful future. They also serve a wonderful, practical cause. When peace came in 1918, millions of men and women returned to civilian life, having witnessed horrors you and I could never imagine. Many were left with physical injuries that you could see, or psychological wounds that you couldn’t. For them, life could never return to ‘normal’.

But thanks to two women, Moina Michael and Anna Guerin, the poppy was adopted as an emblem for a charity for veterans called the Royal British Legion. The Legion was formed in 1921 and ordered nine million poppies and sold them on 11 November that year, raising over £106,000 to help veterans with housing and jobs. Today, it involves 40,000 volunteers distributing some 40 million poppies. You may collect yours at our Embassy in Bratislava and leave a voluntary contribution.

We owe our veterans a great deal; even more so in this extraordinary year that tests and challenges every aspect of our lives and societies. Slovak and British Armed Forces today are once again standing on the frontline, alongside medical staff, fighting Covid by helping with all that is needed – showing great skills, leadership and resilience. They serve the elderly and vulnerable communities. And they put themselves in harm’s way so that we may one day return to the normality that we took for granted before Covid-19 arrived in Europe.

They also continue to defend our freedom, working side by side within NATO to keep us safe and prevent the recurrence of war. So let us honour and remember our heroic Armed Forces today, just as we have honoured and remembered them for more than a century. We must never forget the sacrifices they make for us.