There are controls on Austrian-Slovak borders. 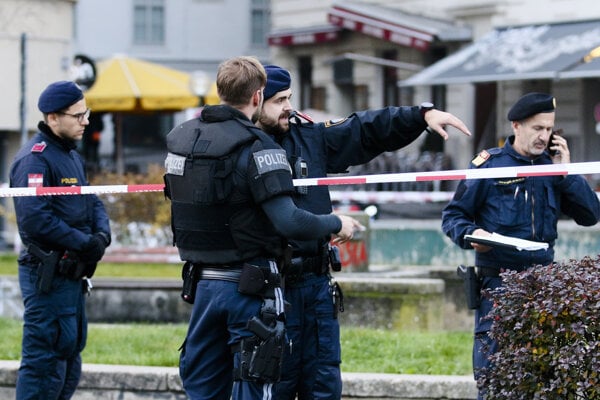 After the shooting, armed police stay in position at the scene in Vienna, Austria, on Tuesday, Nov. 3, 2020. (Source: TASR)
Font size:A-|A+  Comments disabled

Slovak politicians have expressed their shock and have sent their condolences after the terrorist attack in Vienna, which claimed lives.

“In these difficult moments, our minds and hearts are with the citizens of Austria,” Slovak MFA Ivan Korčok wrote on Twitter. “We deeply regret the casualties. Our solidarity belongs to all those who lost their loved ones.”

President Zuzana Čaputová wrote on Twitter she is deeply saddened by the shameful terrorist attack in Vienna.

“We are united in standing up to hatred and terrorism,” she noted.