Smart cities attract investment and talent. How smart is Bratislava?

The Smart City Index focuses on how citizens perceive the scope and impact of efforts to make their cities ‘smart’. 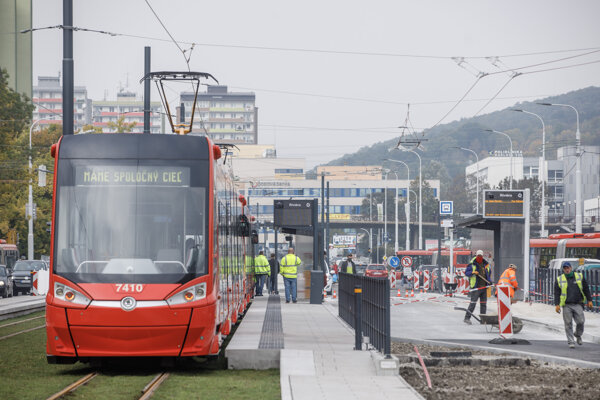 In the world ranking of smart cities, Bratislava placed 76th out of 109 cities worldwide this year. Compared with last year’s primary edition of the IMD Smart City Index, it improved its ranking by eight positions. But within the V4 only Budapest, which ended just behind Bratislava in 77th place, had worse results.

Singapore, Helsinki and Zürich have come top in the 2020 Smart City Index, in a year that saw many European cities fall in the rankings. The IMD World Competitiveness Center’s Smart City Observatory elaborated the IMD Smart City Index 2020 in partnership with Singapore University of Technology and Design (SUTD).

“Bratislava is faring best in some areas of Health and Safety, namely in terms of the feeling of public safety and low air pollution,” said Martin Reguli from the F. A. Hayek Foundation when assessing the results, as cited by the TASR newswire.

The positively evaluated areas of the Slovak capital include an area of ​​opportunity that values ​​the quality of schools and accessibility of work places. On the other hand, the city fails in terms of cheap rental housing and the quality of health services. It earned the biggest criticism over mobility and green spaces, noted Reguli.

Bratislava also has weak results in the evaluation of technological solutions addressing specific urban problems. The only three aspects where Bratislava has ratings above average, are free public WiFi and online systems for monitoring public transport and online access to job listings.

Being a globally-recognised ‘smart’ city is now critical for attracting investment and talent, creating a potential ‘virtuous cycle’ in favour of an advanced group of cities such as Singapore, Zürich and Oslo.

“Smart cities are growing and blossoming in all parts of the world,” said Arturo Bris, director of the IMD World Competitiveness Centre, as cited on the website of the centre last year. “Economic realities cannot be ignored: cities in poorer countries face disadvantages, which will require specific actions to correct along the path towards smartness.”

The index is the only global index of its kind. It focuses on how citizens perceive the scope and impact of efforts to make their cities ‘smart’, balancing ‘economic and technological aspects’ with ‘humane dimensions’.

Out of the European cities, Helsinki placed best (2nd place) and Zürich placed 3rd. Oslo (5th), Copenhagen (6th), Geneva (7th) and Amsterdam (9th) are all in the top ten. Of the countries neighbouring Slovakia, Vienna finished in 25th place, Prague 44th and Warsaw in 55th place.