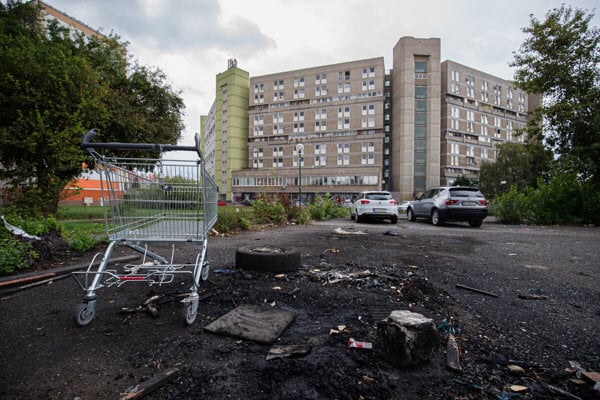 It’s nine in the morning. People camping near the infamous Pentagon block of flats in Bratislava are lazily leaving their tents and sleeping bags, searching for some breakfast in the piles around them.

The screams can be heard, asking who is selling what and for how much.

These people are often addicted to drugs. Pentagon is a place where drug dealers have survived, despite the years-long attempts of the police to disband them. Their customers, who often need professional help, find it easy to camp right in front of the building.

The passivity of the police is only giving dealers strength. On the pedestrian zone, situated just metres from Pentagon, a van is often parked, waiting for customers with its window down. It is right under the police camera and the windows of people who can record the sale of drugs on their mobile phones anytime they want. 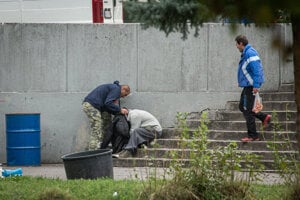 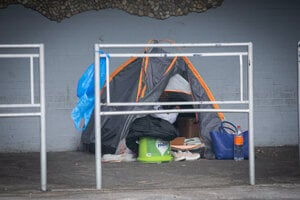 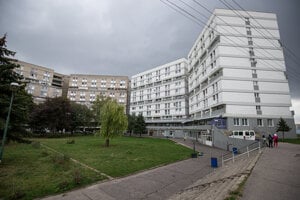 “The camera has a zoom that can even recognise the numbers on banknotes,” said local councillor Pavol Kubiš. “The police thus have to know that drugs are sold there. What other proof do you need, if they hand in packages through the window right under the municipal police’s camera?”