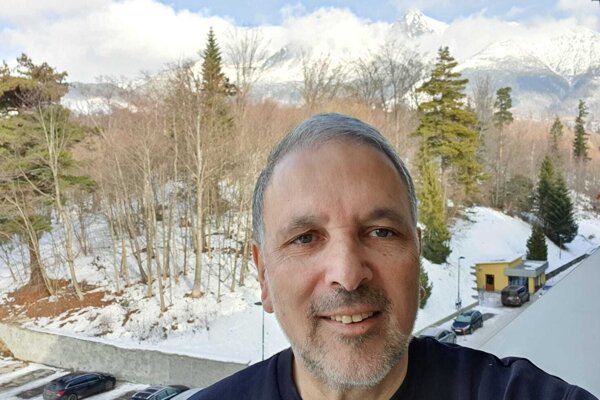 Bratislava has grown into a city

Modai returned to Slovakia as ambassador in September 2019: “When I came back here, I was surprised that it was not a village anymore. It was a city.”

Waking up with a view of the Bratislava Castle every morning, it is no wonder he loves the capital. In addition, the former basketball player enjoys strolling up and down the city.

“My legs always take me to the Danube,” he said. “There aren’t many cities where you can just enjoy walking there.” 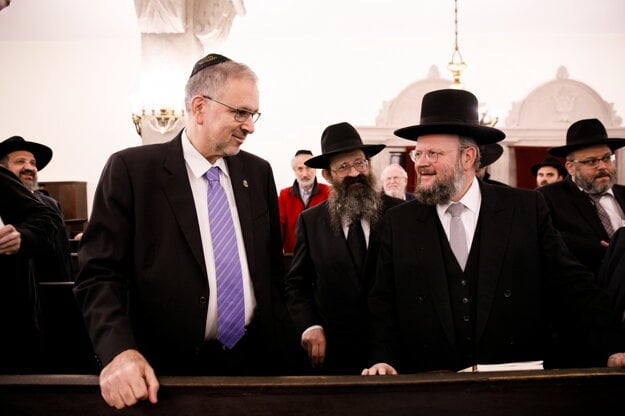 Moreover, people are courteous and nice, the ambassador noted, and they want to know more about Israel when they meet him.

“Can you bring the sea here?”

Even though Bratislava has a special flavour, according to the man raised around Tel Aviv, Modai would love to bring beautiful Israeli beaches over to Bratislava.

“Can you bring the sea here?” he joked around in the podcast.

However, Modai appreciates the proximity of several lakes, in which people can swim on hot days, within the city. He himself has not dipped a toe into any lake in Bratislava, though.

“My wife tried [to swim] in one of the lakes,” the ambassador claimed. “She said it was nice.”

The community that the ambassador likes

As ambassador of Israel, he meets with different people, as well as with members of the Jewish community in Bratislava and across the country.

The Jewish community in Slovakia diminished in size following WWII and the era of communism.

“Whenever I meet with people from the community, I cannot forget the fact that, historically, this used to be a huge community, a prosperous one.” 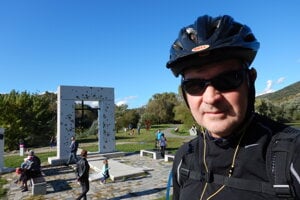 Listen to the Spectacular Slovakia podcast I was struck by how multiethnic Bratislava is, a Canadian diplomat says Read more

Now and then, Modai ponders what Slovakia would have looked like had the circumstances turned out differently decades ago.

Hope for a destroyed synagogue to be rebuilt

Still, Bratislava has managed to preserve its Jewish heritage. In the city, visitors can explore two museums: the Jewish Community Museum on Heydukova Street and the Museum of Jewish Culture on Židovská [Jewish] Street.

Here is an interesting fact: Jewish Street was the only street in Bratislava, until 1840, where the Jews had been allowed to settle. A big part of the street was razed in the sixties to make way for the SNP Bridge and nearby roads. 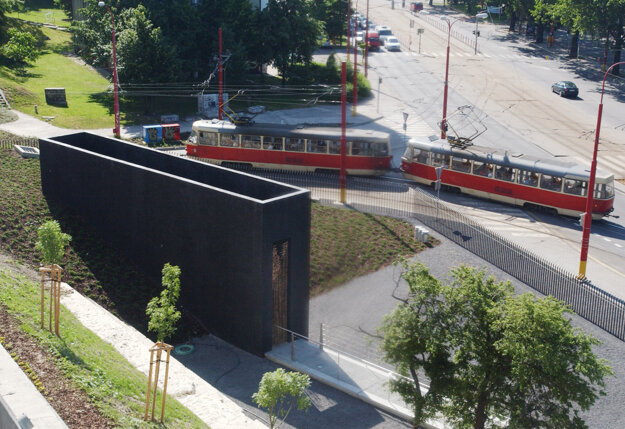 The Israeli ambassador does not belong to the group of people that have visited every single sight. However, he has visited many of the Jewish sights in Slovakia’s capital, including the Chatam Sofer Memorial.

“Chatam Sofer was one of the leading Jewish figures,” Modai stressed.

The respected rabbi and the scholar was born in 1762 in Frankfurt am Main. He came to Bratislava in 1806 to become a chief rabbi of the local Jewish community and to head the city’s rabbinical school – yeshiva, making it one of the most notable centres of traditional Jewish learning across Europe. 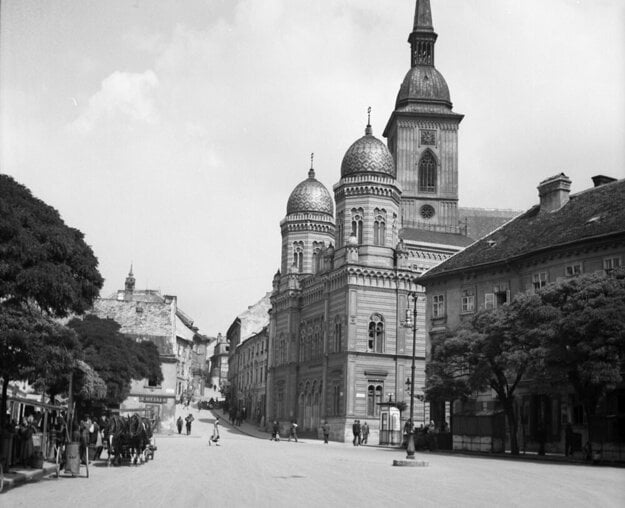 A synagogue in Bratislava in the times of the Slovak State. (Source: Interior Ministry of the Slovak Republic/Slovak National Archive)

The Memorial had served as a burial site for the Jews in Bratislava for centuries before much of it was destroyed for the construction of a tunnel in 1943. Similarly, a beautiful synagogue of the Neolog Jewish community was destroyed in 1969, because of the already mentioned SNP bridge.

“It is sad. It was an attempt to ruin any sign of Jewish life here,” the ambassador said about the communist regime.

Today, the synagogue on Heydukova Street serves as a house of worship for the community. Still, Israel Ambassador Boaz Modai, for whom Bratislava is most likely his last posting, has one dream.

“I want to believe that one day it [the Neolog Synagogue] will be rebuilt.”