The second wave of the pandemic will be less severe on the economy, but will stretch across several quarters. 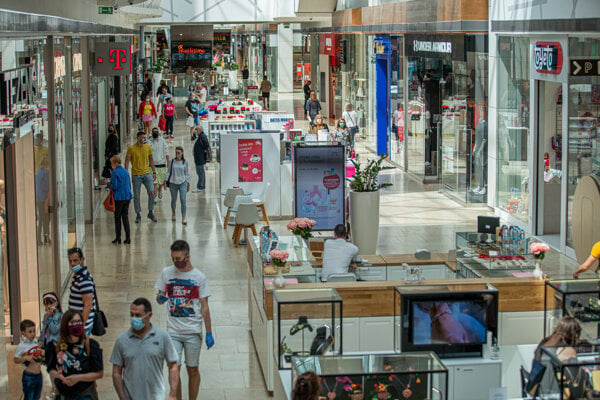 Domestic consumption dropped less than during the spring wave of the epidemic. (Source: Sme)
Font size:A-|A+

Slovakia's economy was more efficient than expected in the third quarter of the pandemic-stricken year 2020.

The flash estimate of GDP indicates a year-on-year drop by 2.4 percent at constant prices. After seasonal adjustment, GDP decreased by 2.2 percent compared to the third quarter of 2019 and increased by 11.7 percent in comparison with the previous quarter, the Statistics Office reported on November 13.

Ľubomír Koršňák, an analyst for the UniCredit Bank Czech Republic and Slovakia, sees the economic recovery in the third quarter as a "very pleasant surprise", but noted that the Slovak economy has not yet returned to its pre-crisis levels.

He also pointed out that the Slovak economy grew more slowly than the EU and eurozone average, which Eurostat estimated at a growth of over 12 percent for both in the third quarter.

As for the more telling year-on-year comparison, Slovakia reported one of the most moderate GDP falls in the EU and the eurozone.

Due to the current exceptional situation with regard to COVID-19, the data may be revised to a greater extent than usual, the Statistics Office noted. This is due to the higher share of estimates due to the limited availability of information from data sources.

"But it is not expected to change the whole picture significantly," Koršňák noted.