The national team made it to the European Championships only the second time in history when they beat Northern Ireland in Belfast on November 12. 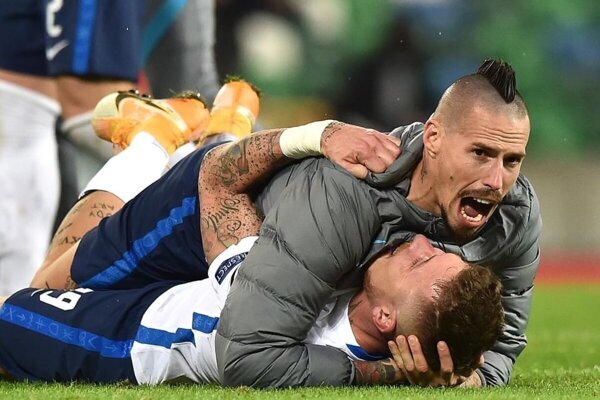 The Slovak football team has advanced to the European Championships, postponed until next year due to the pandemic.

Slovaks won in the play-off final in Northern Ireland 2:1 after overtime.

These are seven reasons why Slovaks made it and will play at a major tournament for the third time in history: after the 2010 World Cup and the 2016 European Cup.

Why was Rodák the key player

Why was it not just about Hamšík

How much of the success is due to the adversary

1. Crisis did not break the team

This year, they have not won any of the six matches they played in regular time, yet they still advanced to the European Championship.

The Slovak team is not in its best possible shape and it is also not going through the best of times. Several players who make up the backbone of the team have physically prepared the best.