Passat returns to VW plant in Bratislava after 30 years

Moving production of the Volkswagen Passat and Škoda Superb to Bratislava will account for half of the planned €1 billion investment. 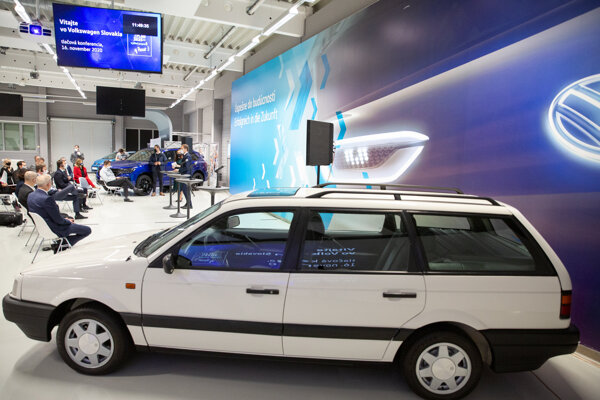 The Volkswagen Passat, a large family car model of the German automobile manufacturer Volkswagen, was the first car manufactured in the group’s plant in Bratislava back in December 1991. The plant will manufacture the latest generation of this iconic model as of 2023. It will produce also the flagship of the Czech automotive industry, the Škoda Superb.

“Volkswagen Slovakia deserved the trust of the group and was rewarded for it,” said Oliver Grünberg, chairman of the board of Volkswagen Slovakia, when informing about details of the new production project announced by the group on Friday, November 13.

Grünberg confirmed the hard behind-the-scenes struggle over the new production project. Its allocation to Bratislava was preceded by an increase in productivity of the Bratislava plant, for which the Volkswagen Slovakia was awarded the title Transformer of the Year 2019 within Volkswagen plants, as well as cuts in costs. 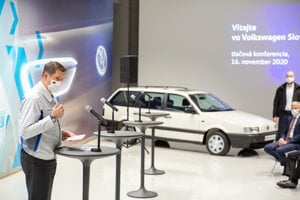 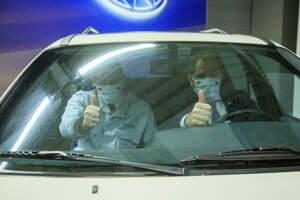 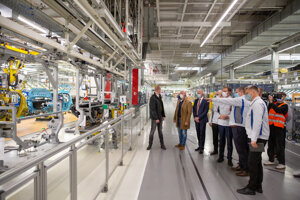 Both models, the Passat as well as Superb, belong to the same production family. Bringing their production to one plant will bring significant synergic effects in production and logistics and the reduction of costs.

In total, the group plans to invest approximately €1 billion in Slovakia in the entire product range in the next five years. Of this sum around €500 million will go into the production of the Volkswagen Passat and Škoda Superb models. The VW group has invested in about €4.5 billion so far in Slovakia.

The plant will use existing capacities for the production of the two new models, while the new production will be integrated into the production lines of the New Small Family (NSF) cars. This means that the total production capacity of the plant will remain unchanged. Employment is expected to increase from the current 12,100 by 2,000 people.

The Slovak Spectator will report on the investment in more detail later this week.

Read more articles by the topic
This article is also related to other trending topics
Economics, Bratislava