A Slovak woman recorded names of people executed by the Nazis. Now she received an award

The awards went to five people from Slovakia and the Czech Republic. 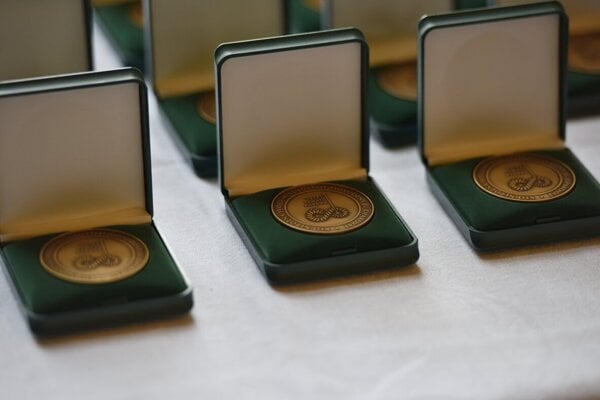 Slovak woman Alžbeta Vargová was living at the Jewish cemetery in Sereď. When they started bringing victims from the nearby Nazi labour and concentration camp she and her father decided to write down the names of the victims, thanks to which they could place small headstones after the war. Moreover, when she was 14, she and her brother helped a Jewish prisoner escape from the nearby camp.

She was one of five people from Slovakia and the Czech Republic who received the Memory of the Nation Awards this year. Granted since 2010 by the Post Bellum organisation, the awards are given out on November 17 to people who showed that honour, freedom and human dignity are not only empty words.