Mobile testing is chaotic and there is a lack of tests

The data from the mobile testing sites are not part of official statistics. 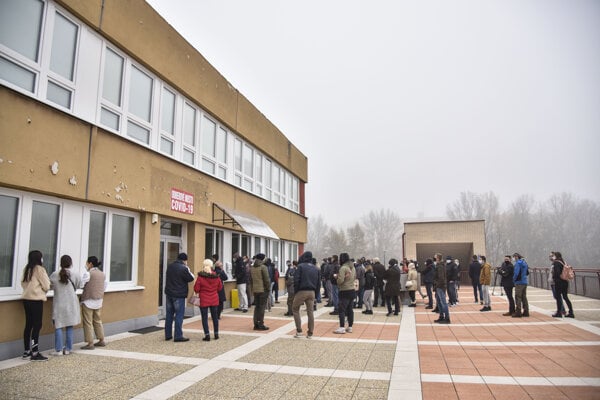 The queue in front of the mobile testing site in front of Ss Cyril and Methodius Hospital in Petržalka stretched from its clinic to the side parking lot, which is several hundreds metres away. It was Tuesday, November 10, at around half past nine.

The site was open from 9:00 to 12:00, but around five to ten, people were informed that the site had run out of tests. People had received the same information a day before. 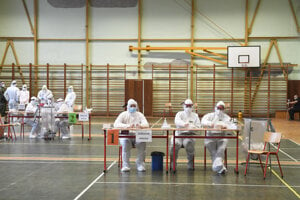 A similar situation occurred at the mobile testing site near the hospital on Trnavské Mýto, which was to open between 10:00 and 14:00. A soldier helping with organisation informed people at 11:00 that they do not have any tests left.

This happened again for the several days that followed, at least in Bratislava. Hospitals running the mobile testing sites admit that they do not have enough tests.

The reason is the distribution, managed by the Health Ministry. The head of its press department, Jana Pôbišová, says they do not know about any problems.

The Health Ministry was put in charge of the mobile antigen testing. However, not all testing sites were open on Monday, November 9, as promised.