PM Matovič: Another nationwide testing may be held before Christmas. 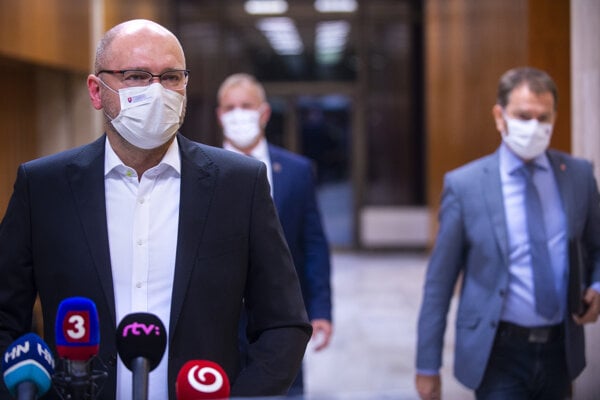 There will be four deadlines, until which the ministry will be expected to deliver four million tests. The first one is set to be delivered by December 2.

Economy Minister Richard Sulík (SaS) could not say whether his department will be able to meet the conditions, nor could comment on the form of the purchase or price.

“I’ll try to procure them,” he said, as quoted by the SITA newswire, adding that he will set up a commission to supervise the whole process in order to avoid any suspicions of lack of transparency.

Sulík has also addressed the Public Procurement Office to discuss how to procure the tests.

There is enough time, PM said

The proposal to purchase more antigen tests was submitted to the cabinet session by PM Igor Matovič (OĽaNO), based on the recommendations of the central crisis staff, which has decided on another mass testing. 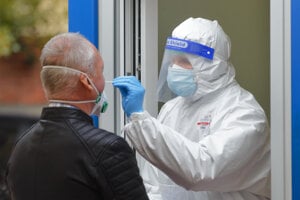 They should be used as a reserve of the state, which is why they will not be procured by the Administration of State Material Reserves, SITA reported.

Another nationwide testing before Christmas

The prime minister also said that another round of nationwide testing should take place before Christmas. He plans to reveal more details soon.

Both epidemiologists and the central crisis staff said that nationwide testing is important, Matovič continued, stressing that it will be important to have enough antigen tests, as reported by the TASR newswire.

If people do not want to attend the nationwide testing, a lockdown will be in play, he added.