Production of two new models will balloon the labour force by 2,000 from current 12,100 people. 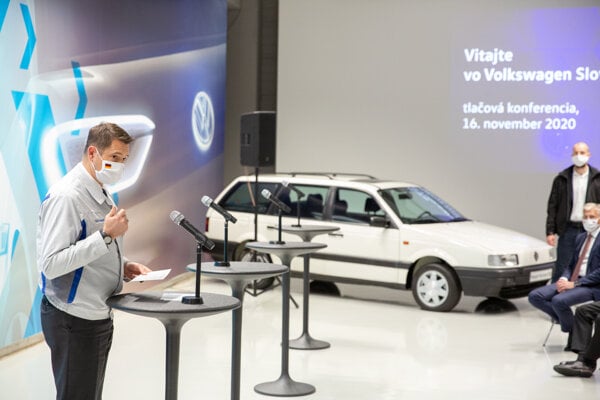 Oliver Grünberg, chairman of the board of Volkswagen Slovakia, bringing details about teh €1 billion investment to Bratislava. (Source: Courtesy of VW Slovakia)
Font size:A-|A+1

The arrival of two new models and better usage of existing production capacities is good news for everyone: the Slovak arm of Volkswagen, the Slovak economy as well as the state coffers. Yet the investment raises concerns that it will maintain Slovakia as a mere assembly hall, failing to attract the production of electric cars and R&D.

The production portfolio of the Bratislava plant of the German carmaker will be extended by two new models - the Volkswagen Passat and the flagship of the Czech automotive industry: the Škoda Superb.

The group plans to invest about €1 billion in Slovakia into the entire product range in the next five years. Of this sum around €500 million will go into the production of the two new models. The VW group has invested about €4.5 billion so far in Slovakia since its arrival in 1991.