Much-criticised wooden-metal construction under SNP Bridge to be removed

The new design for the space will result from an architectural competition. 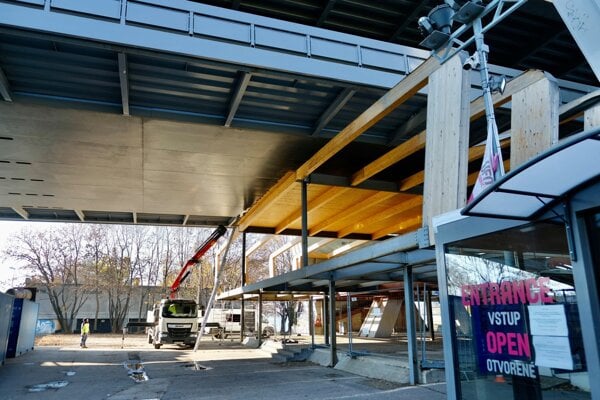 The much-criticised construction under the SNP Bridge on the Petržalka bank of the Danube is to become history. The Zemeguľa company, operator of the UFO restaurant and the outlook platform on the bridge, started the removal of this unauthorised construction on Wednesday, November 18, Bratislava Mayor Matúš Vallo informed on social networks.

“As I said during my campaign, the entrance structure, whose wooden skeleton you could see on the Petržalka side [of the bridge], clearly does not belong in this place, in this form,” wrote Vallo, architect by profession.

After he took office in December 2018, his colleagues began to negotiate with the tenant over the replacement of the construction with an entrance building that would better suit this national cultural monument.