Roundup: The world-famous Slovak opera diva has ended her career

Slovak theatres join the European Theatre Night at the weekend. 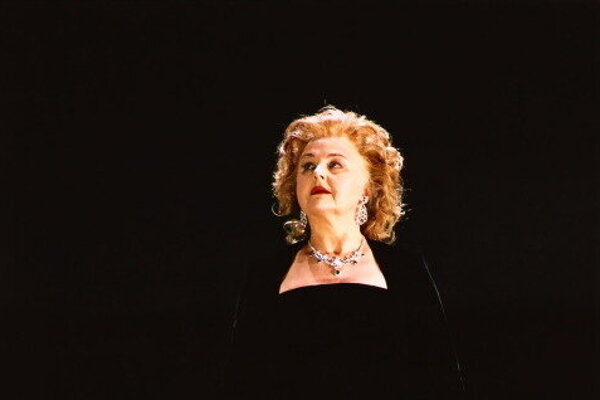 The world-famous Bratislava-born opera diva and the first lady of soprano, Edita Gruberová, 73, has decided to retire from the stage.

The originally intended farewell to the theatre stage, which was to be the premiere of the opera Roberto Devereux by Gaetan Donizetti at the Košice State Theatre, was thwarted by the COVID-19 pandemic.

Her career began more than 50 years ago in Banská Bystrica and for five decades her singing has been admired by spectators in the largest opera houses and concert halls around the world.

VIDEO: Edita Gruberová performs her first recital on TV in 1968.

Get to know the Slovak diva through the 2008 documentary Edita Gruberova: The Art of Belcanto, in which she prepares for her debut in Donizetti’s opera Lucrezia Borgia.

An island in the middle of Blajzloch lake

An artificial lake can be found in Slovenský Raj national park. The lake was built in 1966 in the area of Hrabušice village, in the district of Spišská Nová Ves. There is an island in the middle of the lake, which teems with trout, accessible by a wooden bridge. An educational path leads around it.

Back in 2004, Matt Reynolds visited the Vlkolínec village with a friend of his. Read through his experience, why people in the village feel like zoo animals, why Reynolds became a meat eater for a while, and what he thinks of Slovak hospitality.

Up and down the Tatra peaks and valleys from your sofa: Pilot Milan Paprčka, cartographer Bohuš Schwarzbacher and graphic artist Milan Jančovič created an aerial video map of the High Tatras. The virtual flight starts with Kriváň at an altitude of 3,000 metres and then the plane continues to another peak, Lomnický štít. The highest peak, Gerlach, is captured from the north and not from the southern side, as people usually view it.

Vrakuňa: bike path being built by the Little Danube

In the first stage, which has begun, the stretch from a roundabout to Amarelková Street will be completed. In the second stage next year, a bike path will be connected to the existing bike path on Ihličnatá Street. The flat terrain and the Little Danube are ideal conditions for cycling in the Bratislava borough of Vrakuňa.

Mlynské Nivy has been re-opened

The strategic Bratislava street, Mlynské Nivy, was reopened on Monday, November 16, bringing several improvements for car drivers, users of public transport, cyclists, and pedestrians. The rebuilding of the street into a modern boulevard plus the reconstruction of the infrastructure and nearby streets for €40 million in total is part of the Nové Nivy project, which includes a brand new bus station, Stanica Nivy.

At Bratislava Castle, a Swiss diplomat feels at home in the heart of central Europe

Listen to the Spectacular Slovakia podcast, in which Ambassador Hoffet shares his favourite places in Bratislava, reminisces about his first visit to the capital and more.

BAZAAR: The annual Charity Christmas Bazaar hosted by International Women’s Club of Bratislava will not take place this November. However, the club will host its first Online Charity Auction, taking place between November 23 and 30.

PHOTOGRAPHY: The 30th Month of Photography started on November 16. Download a bulletin from here to see what exhibitions you can go see in Bratislava before November 30, when the event ends.

RE-OPENING: Museums, galleries and libraries, falling under the Culture Ministry, re-opened to visitors on November 18, 2020.

CONCERT: The 17th Konfrontácie 2020 art festival will take place in the Nitra Synagogue's concert and exhibition spaces from November 23 to 27. Five concerts will be streamed on Facebook and YouTube. 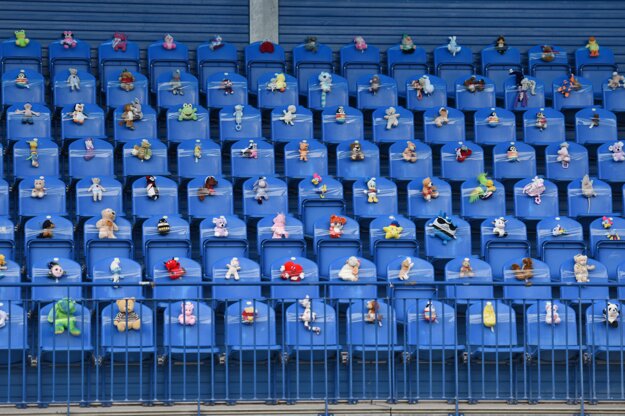 Plush toys in the Senica football stadium seats cheer for FK Senica and ŠKF Sereď during round 9 of the top football Fortuna League on November 17, 2020. (Source: TASR)

THEATRE: Slovak theatres will take part in European Theatre Night on November 21. More information - in Slovak - can be found on the official website and Facebook. On the same day, the event will take place in the Czech Republic, Austria, Croatia, and Bulgaria.

CINEMA: The Bratislava Cinema Lumiére of the Slovak Film Institute (SFI) will re-open on November 20. The online project “Kino doma” [Cinema at Home] will also continue.

Peter Bebjak: We are again living in times of extreme nationalism

The Slovak director has finished filming the story of Auschwitz camp refugees Alfréd Wetzler and Rudolf Vrba. The film, Správa (The Report), premieres in late January 2021. In an interview, he claims that people have forgotten what Nazism resulted in as they have now lived many years without war. He talks about the film itself, as well as his latest TV mini series, Herec (The Actor).

Though pollarding, a traditional way of pruning trees, has remained popular in some European countries, it has almost ceased in Slovakia. Pollard willows - Van Gogh’s popular motif - grow in the Šúr nature reserve just behind Bratislava, as well as in some other locations. One company is bringing back the practice, which has benefits for the land, ecosystem, farmers, and even the tree itself. 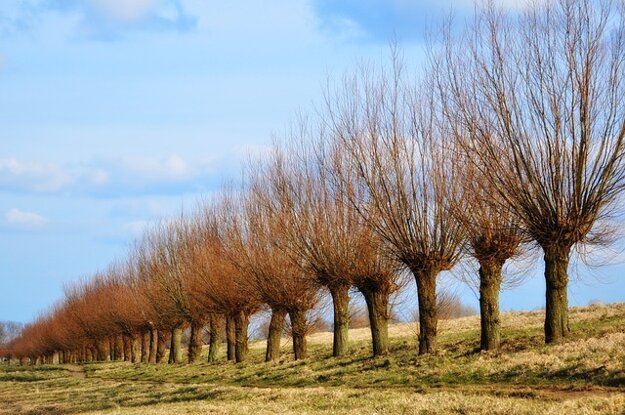 A Velvet Revolution organiser: Sometimes I feel like people think that it all happened spontaneously

Scientist Vladimír Savčinský helped organise the November 1989 Velvet Revolution in the town of Bardejov. Standing up against communism in remote areas of Czechoslovakia was riskier as local anti-communist leaders could not know what turn events had taken in Bratislava. Dive into Savčinský’s memories of this important period in Slovakia’s history.

Singer and songwriter Zuzana Mikulcová is working on a new album in collaboration with foreign artists.

“Fúzie [Fusion] is my dream project. By collaborating and connecting with foreign artists, unique compositions are created, which are our reaction to the growing tendencies of extremism and the division of society,” Mikulcová said.

Listen to her first song off the album, Kráľovstvo [Kingdom], which was written and recorded in collaboration with Czech artist Dan Bárta.

The next Spectacular Slovakia Weekly: November 27