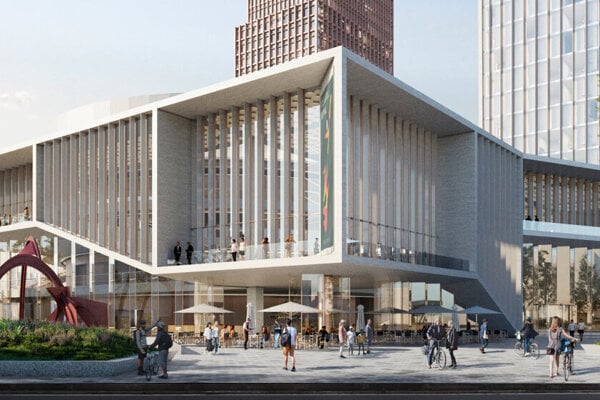 The Slovak cybersecurity company and global IT security provider Eset will protect the Google Play Store on mobile phones, now that it is a founding member of the App Defense Alliance.

Due to the continually weak conditions on the European steel market, one of three blast furnaces in the steelmaker U.S. Steel Košice remained idle and dynamo line investment has been postponed, U.S. Steel Corporation wrote in its outlook report for the fourth quarter of 2019.

The Austrian chain of furniture stores Kika announced the rebranding of all of its five stores in Slovakia after being acquired by XXXLutz group.

Slovakia was the 15th most complex country in the Economic Complexity Index. Compared to a decade prior, its economy has become more complex, improving by one position in the ranking. 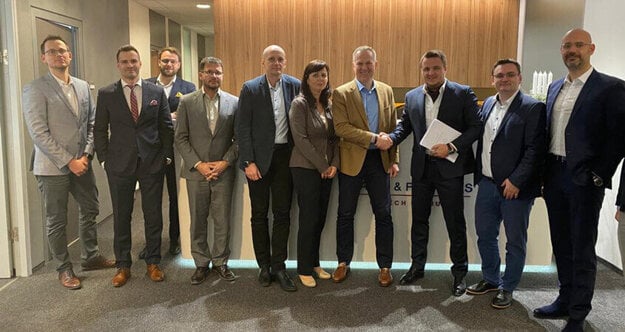 Slovakia recorded a year-on-year drop by seven places to 55th out of 190 countries in the Paying Taxes ranking compiled by the PwC consultancy and the World Bank Group. Its parameters did not worsen, but other countries made significant progress.

More than 1.1 million vehicles rolled off the production lines in 2019, beating the country’s record by about 7,000 vehicles.

Slovakia placed 41st in the 2020 Bloomberg Innovation Index, down two positions compared to the previous ranking. It placed the worst in the Visegrad Group (V4) region.

The cabinet approved investment aid at €13.5 million in total for five companies in eastern Slovakia: Oerlikon Balzers Coating Slovakia from Veľká Ida near Košice, the V+S Welding engineering plant in Bardejov, the Kamax screw factory in Bardejov, Visma Labs in Košice, and Sladovňa in Michalovce.

Slovakia did not fully make use of favourable economic times and has failed to sufficiently implement reforms, reduce its deficit and debt, and improve in areas key to economic growth, including R&D, education, and innovation, the European Commission stated in a report assessing the country’s progress on structural reforms and the prevention of macroeconomic imbalances.

The Martin-based plant of the Volkswagen Slovakia carmaker announced a plan to make a €14.4-million investment to build new capacities to boost e-mobility development. The cabinet subsequently approved investment stimuli of €5.035 million in the form of tax relief. 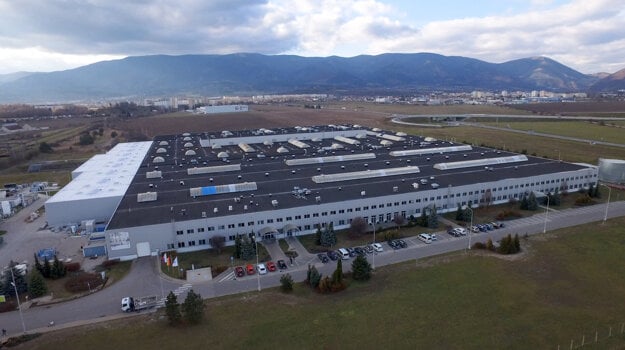 Austrian company Uniqa won the fight over the branches of French financial group Axa in the Czech Republic, Poland and Slovakia. The transaction worth about €1 billion is expected to be completed by the end of 2020.

Slovakia ranked 60th of 180 countries surveyed in the Index of Economic Freedom, published by The Heritage Foundation, up five spots compared with the previous year. It improved its government integrity score.

The Slovak University of Technology (STU) in Bratislava joined forces with the Matador Group company to launch a research project to develop a lung ventilator prototype for helping people positively diagnosed with the coronavirus.

HMC Invest announced an investment of €42 million in the industrial park situated in the village of Vlkanová, near Banská Bystrica.

The Žilina-based carmaker Kia Motors Slovakia has begun the manufacture of another plug-in hybrid, XCeed. 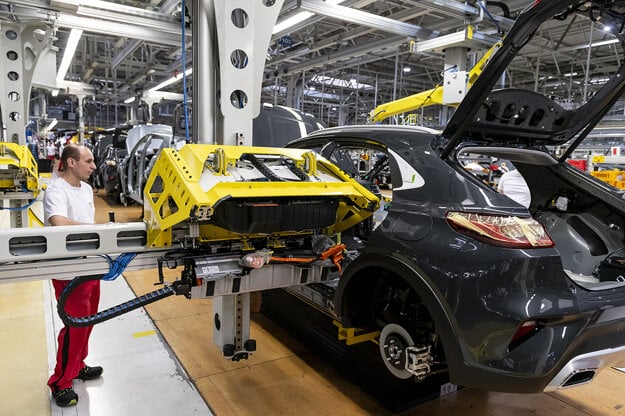 The Poprad-based Tatramat company has rebranded to Stiebel Eltron Slovakia.

Slovakia lags behind the most business-attractive countries in the world and is failing to catch up, as indicated by the ranking in Superindex PAS issued by the Business Alliance of Slovakia (PAS). It scored 82.1 points and ranked 38th in the 100-place ranking of countries, down two spots annually. 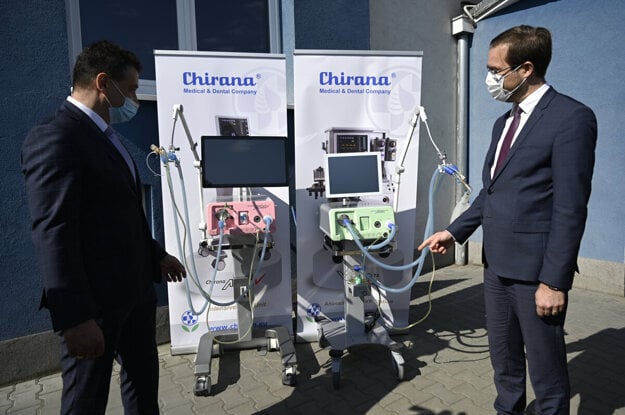 The Fitch agency has downgraded the country’s rating from A+ to A with a stable outlook. The rating was altered shortly after another agency, Moody’s, worsened the outlook for the country’s banking sector.

The InoBat Auto company acquired lands in Voderady where its first factory for e-car batteries will stand, combining the production with R&D of the battery part prototypes (see pg 86).

The Bratislava-based Voltia and global automaker Nissan have partnered to bring to the market an expanded Nissan electric pick-up truck optimised for urban last-mile delivery. 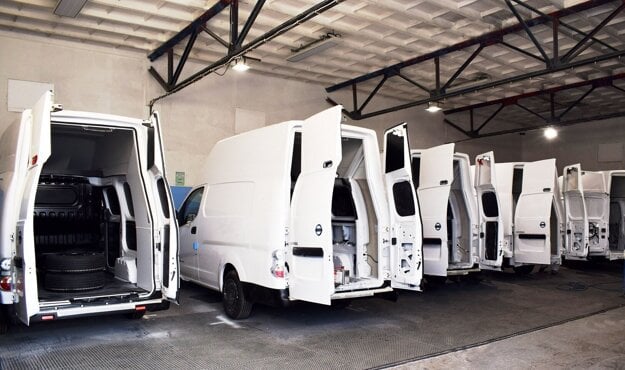 Voltia vans in the production hall of Hollen. (Source: Courtesy of Voltia)

Employment impacts and sales impacts are the strongest innovation dimensions, with Slovakia performing above the EU average, the European Innovation Scoreboard 2020 report suggests. Overall, Slovakia is among Moderate Innovators, with a score below the EU average.

Slovakia ended 22nd among the 28 EU member states in the Digital Economy and Society Index 2020, published by the EC. Its rating slightly increased, thanks to improvement in the fields of connectedness, use of internet services and digital public services.

The government approved the investment aid of €1.5 million in the form of income tax relief for the SWEP Slovakia company based in the eastern-Slovak industrial park in Kechnec, which plans to enhance its plant producing heat exchangers and employ 40 more people by 2024.

Standard & Poor’s rating agency kept Slovakia’s A+ rating, but changed the outlook from stable to negative.

Insufficient demand after their products and services bothers German and Austrian investors in Slovakia. Many of them have seen the already agreed orders being cancelled, a survey carried out by the Slovak-German Chamber of Commerce among 123 firms showed. 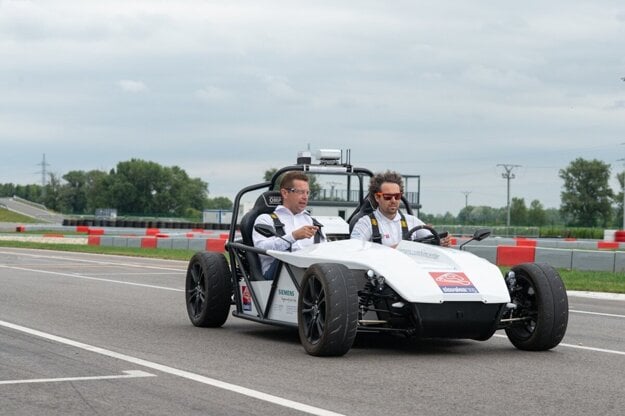 The STU signed a memorandum with the representatives of Siemens, Mobility & Innovation and Slovakia Ring Agency, to collaborate on the R&D of smart autonomous vehicles, alternative drives and progressive vehicle constructions.

Porsche unveiled its plans to build a new body shop near Horná Streda for €250 million,and create jobs for 1,200 people.

The Koruna Finance group took control of the bankrupt outlet in Voderady in a competitive tendering. 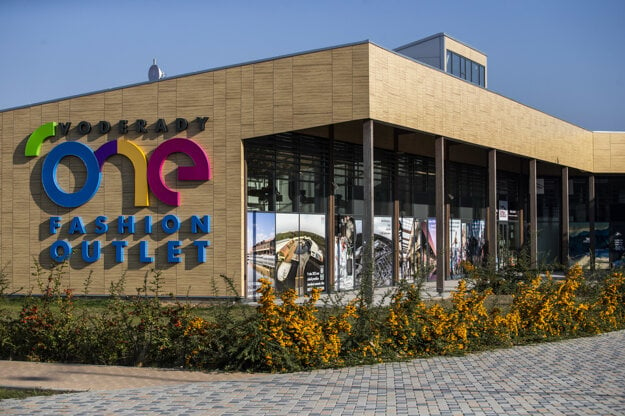 365.bank will replace most of the branches currently operating under the Poštová Banka brand in 2021 and become the main bank of the group. The latter will be active at post offices and workplaces offering financial services.

The Vetropack company situated in Nemšová will invest €4 million to extend and modernise its plant to process waste glass.

As much as 97 percent of business service centres and shared service centres kept high labour productivity during the coronavirus crisis without significant restrictions. The sector keeps growing, with the number of employees up by 3.5 percent annually, according to a poll carried out by the Business Service Centre Forum and AmCham Slovakia.

Volkswagen Slovakia launched the production of a new derivate of its SUV vehicle, the Touareg R with the plug-in hybrid engine. 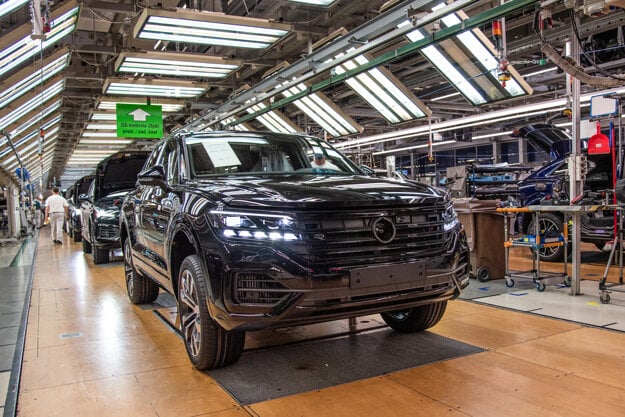 The Danish architecture studio Bjarke Ingels Group – BIG has won the tender for the new campus-style headquarters of the Eset software company in Bratislava’s Patrónka.

New state software house Slovensko IT officially kicked off its operation in Košice, with the aim of creating cheaper, more modern and more flexible state IT systems.

The Finance Ministry published the draft plan of reforms, for which it should receive money from the Next Generation EU recovery fund. It focuses on eight areas: fiscal reforms; green economy; labour market and social sustainability; education, science, research and innovations; health; public institutions and regulations; and digitalisation.

PPF group completed the takeover of the CME company, which owns the private broadcaster Markíza in Slovakia.

Volkswagen Slovakia has won a new project. The Bratislava plant will thus produce the next generations of Volkswagen Passat and Škoda Superb.